At the end of November 2015 Ljubljana hosted 450 anthropologists and supporters of anthropological approaches from twenty-five countries. They gathered in the capital of Slovenia to attend the international symposium ‘Why the world needs anthropologists’, which featured renowned speakers who illustrated why the most burning issues of our planet – such as climate change, political unrest and unprecedentedly fast technological development – can only be solved with the help of anthropologists.

The third in this series of symposia was organised by the Applied Anthropology Network of the European Association of Social Anthropologists (EASA) in collaboration with the Research Centre of the Slovenian Academy of Sciences and Arts, the Faculty of Arts of the University of Ljubljana, VU University Amsterdam, University Campus CIELS Padova, the Slovene ethnological and anthropological association KULA, and the University of Delaware. Sponsors of the event were Comtrade and EASA. Media partners were the publishing house Delo, which enabled live streaming of the event, magazine Razpotja and web portals Metina lista and Tromba. The event was a result of the DriveGreen project, which is developing a smartphone app for promotion of sustainable mobility.

The event was opened by the State Secretary of the Ministry of Education, Science and Sport, Tomaž Boh, and the Deputy Mayor of Ljubljana, Dejan Crnek, who welcomed the audience in the overflowing Festival Hall. The introductory speech was given by climatologist Lučka Kajfež Bogataj of the University of Ljubljana who suggested an alternative explanation of the causes of the current migration and refugee crisis faced by Europe. She emphasised the links between the crisis and climate change in the Middle East, and addressed one of the most burning questions: how many people will migrate in the future? According to her estimations the number of migrants may reach 250 million by 2050. If we are to ameliorate the effects of climate change, developing new technologies will play a crucial role. However, anthropology’s contributions will be at least as important. Anthropologists will need to engage more than ever if they want to influence human habits that negatively affect the climate.

Robots are Exciting – But They Make Us Anxious

The speech on climate change and refugees was followed by an inspiring presentation given by Genevieve Bell, the director of user experience at Intel, and one of the key people in the development of their new technologies. A ‘full-time anthropologist and part-time futurist’, as she introduces herself to the public, Bell took the audience to the not too distant future and introduced her views on coexistence of curiosity and fear that humanity has developed in its ambivalent attitude towards robots. According to her robots will soon become an inseparable part of our communities and it is thus crucial for anthropologists to ask the questions about power, social relationships and our relationships with and through technology because in her world, ‘in a world where we need anthropologists, those are the questions that we need to ask’.

Bell’s speech was followed by a talk given by Thomas Hylland Eriksen of the University of Oslo, who is leading a European project on the social effects of global warming, ‘Overheating’, and is the president of EASA. He shared some bad and some good news. ‘The bad news is that anthropology is never going to solve the global crisis’, Eriksen explained, ‘but the good news is that without us, nobody is going to because our knowledge is a crucial piece of the jigsaw puzzle’. His views on anthropological research and its (in)applicability have particularly challenged those active in the field, encouraging them to realise that while this form of research is vital it is not sufficient when studying our globalised, interconnected world. During the break following Eriksen’s lively presentation guests had a look at a photographic series ‘… And the Trees Will Speak Again’, authored by Belgian visual anthropologist David Dhert, portraying troubles faced by Brazilian indigenous people.

Next, the stage was given to Joana Breidenbach, founder of Germany’s largest donation platform, betterplace.org, who describes this socially responsible endeavour as an ‘eBay for help’ or ‘charity guerrilla’. The audience was inspired by her story of how anthropological perspectives on the society and a trip around the world inspired her to become a social entrepreneur who is now enabling thousands of social projects to collect donations for good causes. Since 2007 betterplace.org have helped over 15,000 projects by enabling them to use their free tools to collect donations, and have raised over 26 million euros in donations. Breidenbach, whose work embraces anthropology as a fun endeavour showed how an anthropological way of thinking – spiced up with some proactivity and optimism – helps in realising socially responsible projects.

The symposium concluded with a discussion hosting the four aforementioned speakers and Lenora Bohren, environmental anthropologist and director of the National Center for Vehicle Emissions Control and Safety (NCVECS) at Colorado State University. The discussants were challenged by the moderator, Dan Podjed, research fellow at the Research Centre of the Slovenian Academy of Sciences and Arts and assistant professor at the Faculty of Arts of the University of Ljubljana. He opened the debate with a verse from a song of Laibach, a band that is the most successful Slovene cultural export product: ‘Europe is falling apart!’ This provided an excellent cue for discussion on refugees, European identity, the meaning of nation-state in the twenty-first century, climate change, sustainable mobility and security in relation to technologies. Though heterogeneous, the expert panel unanimously agreed on the role of anthropological approaches in solving global human concerns, and the need to use anthropological skills outside the academic ivory towers. The event was concluded by a concert of a popular Slovene band, Manouche, who created a relaxed atmosphere and left the (dancing) participants – despite heavy topics addressed throughout the day – in a good mood.

Outstanding Reaction to the Symposium

In light of the record participation at the third symposium, ‘Why the world needs anthropologists’, which hosted more participants than the previous two symposiums combined, and numerous reactions to the event on social networks, it is worth reporting not only on the content of but also on the responses to the event. Media partner Delo enabled livestreaming which has been viewed almost a thousand times, and what is more, an event report by Giulia Sinatti published on the blog site of the Department of Social and Cultural Anthropology of the VU University Amsterdam went viral on social networks. Her text with a provocative title Anthropologist? You’re hired! was, among others, published by the Facebook page of EASA, and according to their statistical data this was by far the most popular post in its history, reaching almost 20,000 users in barely three days.

European applied anthropology and the symposium which brings together its supporters have plenty of challenges that they still need to face. They will tackle them in the Estonian city of Tartu where the next event will be held in November 2016. A two-day symposium will establish links between anthropologists and experts in the field of information and communication technologies, while students and graduates attend workshops discussing the employability of anthropologists in business and non-commercial areas as well as governmental and non-governmental sectors. EASA Applied Anthropology Network and their partners will thus continue in their endeavours to find and create new employment opportunities for young anthropologists.

The symposium was attended by 450 participants from twenty-five countries (Photo: Vishvas Pandey) 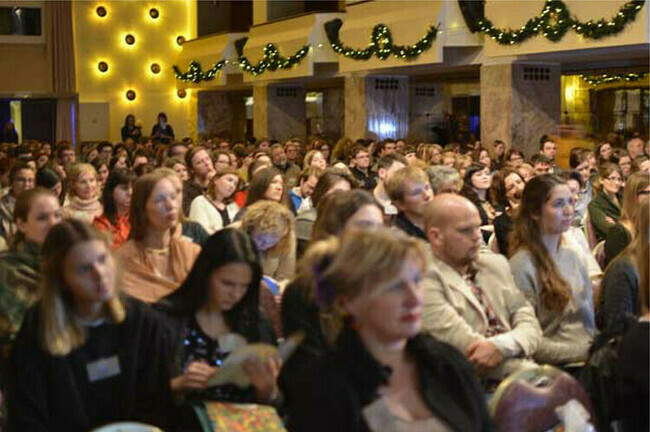 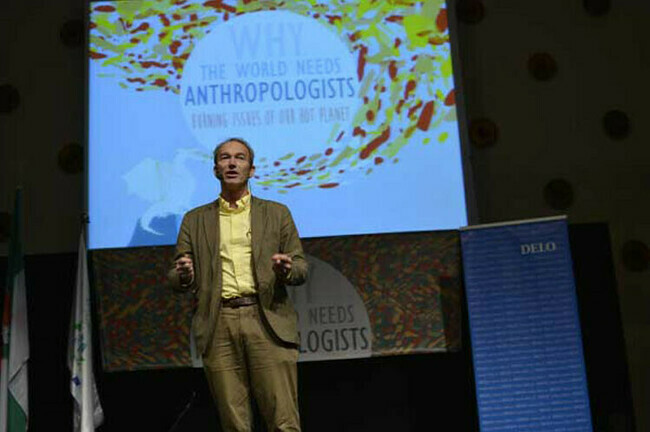 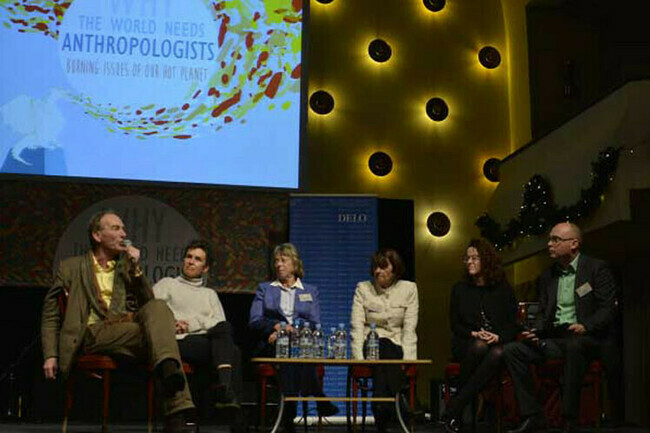