Describing Şirin Tekeli only as an academic, political scientist, feminist, writer, translator, intellectual, and activist would undervalue her. She was a rare, precious gem—a diamond. The four Cs that are used to evaluate a diamond—clarity, cut, carat, color—

are characteristics that can be applied to her as well. She was an extraordinary woman and a unique person.

She was a Pisces, and, indeed, she could sway between moods, from being happily content to hopelessly depressed; she enjoyed company while at times withdrawing into solitude. She was a self-inclined victim yet a role model and leader; she had a magical magnetism, which drew people from all walks of life around her who under no other circumstance could collaborate. She would encourage and support those individuals or groups enthusiastically until they were ready to take off on their own while she stepped aside and remained almost invisible.

Yet she would not yield from her strong opinions or her principles; under no circumstances would she be convinced if she did not believe in a matter—be it the subject of her health or writing her autobiography, which were the two most untouchable taboos for her. She would not allow anyone to come near those subjects; her anger at those who dared to try could be frightening. Hence, unfortunately, we have no autobiography of Şirin.

Her “clarity” of mind was exceptional; she was an eloquent speaker and writer. She knew what she wanted and what she was saying. She was most articulate in expressing herself and defending her opinion to a point that she was fiercely stubborn, especially on those matters she did not want. Yet she was an insightful listener, a sharp observer—rare qualities in our days of self-centered use of social media. Seeing and hearing were her inherent qualities, which were indispensable tools for her exceptional analytical mind. Combined with her optimism, she was a source of constructive opinion and luminous hope at all times. The only exception was her own future: she believed there was no reason to live on.

Her brilliant “cut” shone throughout multiple facets of her life. She was a painter. With the ease of a professional she would sketch a landscape, portraits, or her favorite food, artichoke flowers, in seconds, using watercolors or gouache sticks in vivid purple, scarlet, and greens that would bring the subject back to life. Early in her life she wanted to become a painter and took classes. But she was a perfectionist and did not pursue painting. Her knowledge of history of painters and the genres she liked was equal to watching a documentary. She was an avid music listener and music lover: her wide choice of repertoire would vary from Mozart to Keith Jarrett, Erik Satie to Phillip Glass, of whose work she would not only detect each note, tune, and part, but name the piece and passionately talk about the life of the performer or the composer.

She was charismatic, deep down to the roots of the Greek word kharis, which means “grace, beauty, kindness,” the three attendants of Aphrodite. This root also gives us the Latin word charisma, meaning “favor, divine gift,” before it acquired its contemporary meaning of “gift of leadership, power of authority.” Şirin was a fusion of all of these qualities.

Her kindness combined with her generosity was a “divine gift”: she was a true friend not only in good times but in hard ones too. Yet, many times her naïve trust of people around her left indelible marks. I never saw her cry; even during the most difficult times she always smiled. She was a smiling feminist. But as she was also a person of unyielding ethical principles and a true democrat who strongly defended all kinds

of freedoms and nonviolence—the cherished values she fought for all her life—she was deeply depressed living through our time of decline and sought solace in alcohol.

Grace could have been her middle name; her capacity to behold beauty became a refined yet humble lifestyle that she radiated gracefully till the end of her life. When she chose to switch from haute couture to a locally tailored, simple style, she carried it with utmost elegance. She was a woman till the last moment. I never saw her manicured fingers and toes without nail polish. Although she did not wear any makeup or jewelry, she was a feminine feminist!

She was a veiled epicurean, a shy bon vivant, and a timid bohemian: as an adventurous gourmet, she appreciated elegantly set tables, the ritual and art of eating and drinking, yet she ate little, less than birds. She enjoyed company; being a great companion herself, she would impress each and every one, as she had no trouble blending into crowds she had never met. She would frequent cafés and bars on her own anywhere in the world, converse enthusiastically with a six-year-old child or an uncultivated eighty-year-old person equally excitedly. Her intellectual formation had no snobbish boundaries.

Her inner child would make her jump into the muddy waters of River Plata with children; she loved swimming and would swim, if she could, in a spoonful of water. Her disguised childlike and adventurous character made her try parasailing at the age of seventy, about the same time when she also fell in love for the last time in her life. However platonic the relationship, she was happy to be able to experience the feeling of love.

She was modestly humble and unpretentious, which was reflected in all aspects of her life; she lived a simple life with her cats in a modest house decorated with a bare minimum of objects. She was known to be a cat lover, yet she loved dogs too, and my dogs adored her.

She was a philanthropist: she donated all of her assets to the women’s organizations that she was a founding member. Because of her atheism and devotion to sciences, she even donated her body to the Medical Faculty of Istanbul University to avoid a compulsory religious burial ceremony. She was one of those who are born old and die young.

With the genius of a prodigy and as a perfectionist, she planned and designed the timing of her end flawlessly; she has left no burrs behind but a legacy. The only obstacle she left behind is an irreplaceable void: I miss you tremendously, Şirin!

May you rest in peace, my beloved friend and my “sixth sibling.” Your legend and legacy will continue to shine to eternity.

The original Turkish version of this article was published online in T24’s K24 extension on 22 June 2017 under the title of “Smiling Feminist.” The editors, fearing feminist protests, rejected the original title of the submission, “Feminine Feminist.” As a strong defender of freedoms of all kinds, Şirin would have been outraged and, had she been alive, she would have asked me to withdraw my text. A mutual friend who invited me to write the obituary for K24 almost begged me not to and convinced me. But I submitted my text to Aspasia with the original title to honor Şirin’s zero tolerance of any kind of censorship and her strong belief in the freedom of speech and expression. Besides, what’s wrong with being a feminine feminist?

An avid reader, a smiling feminist (photograph by Ceylân Orhun). 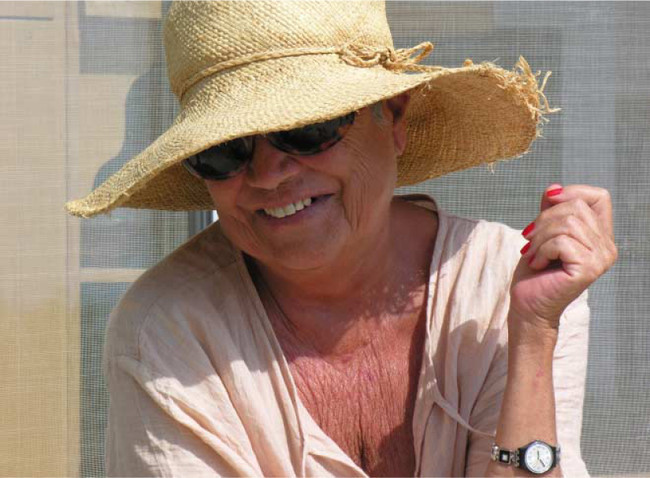 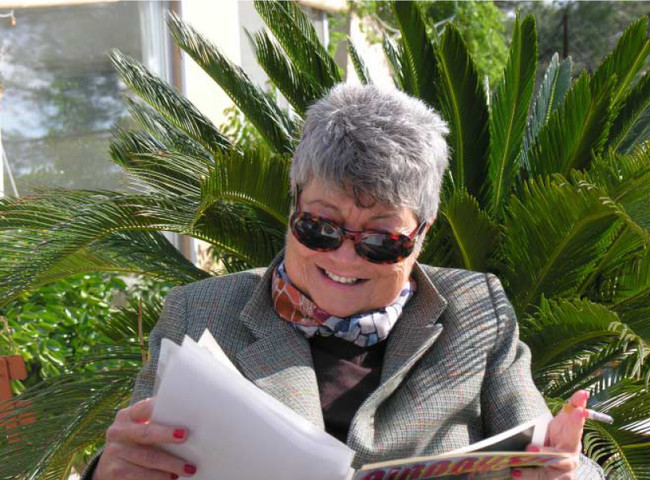