“The 1990s Wasn't Just a Time of Bandits; We Feminists Were Also Making Mischief!”

In this forum, we reflect on the genesis and history of the Tver’ Center for Women's History and Gender Studies—its inspiration and the qualities that have enabled it to flourish and survive the political changes of the last twenty years, as well as the unique project of women educating women it represents. Inspired by historical feminist forebears, it remains a hub of intergenerational connection, inspiring young women via exposure to lost histories of women's struggle for emancipation during the prerevolutionary and socialist periods, as well as the recent postsocialist past. Using an ethnographic account of the center's twentieth anniversary conference as a starting point, we discuss some of its most salient and distinguishing features, as well as the unique educational project it represents and undertakes: the center's origins in exchange and mutual feminist enlightenment; its historical orientation (women educating [wo]men in emancipation history); and its commitment to the postsocialist feminist “East-West” exchange.

The coauthors and students at the Tver’ Center for Women's History and Gender Studies.

Valentina with a display of newspaper clippings. 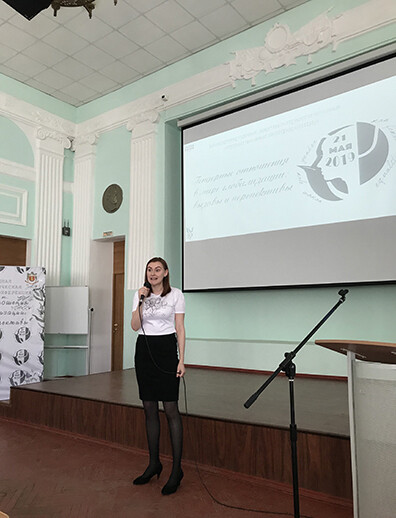 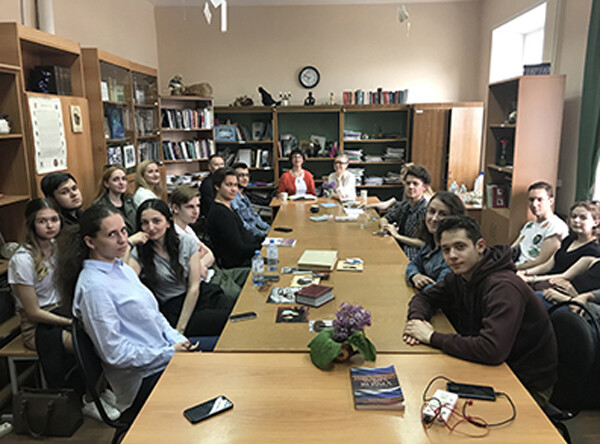 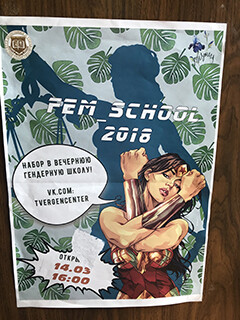 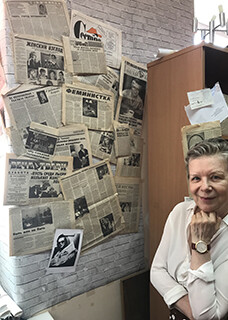