Rabbi Dr Albert H. Friedlander and the portrait painted by RB Kitaj, exhibited at the Marlborough Gallery, London in 2007. Kitaj and Rabbi Friedlander met for conversation regularly over the course of many years. According to Albert's daughter, Rabbi Ariel Friedlander, the staff at the gallery would not tell him the price of the painting when he inquired. Upon being refused this information, he replied that ‘… for a little bit less he would be happy to stand in the prospective purchaser's home so they could look at the original’. Photograph by Frank Dabba Smith. 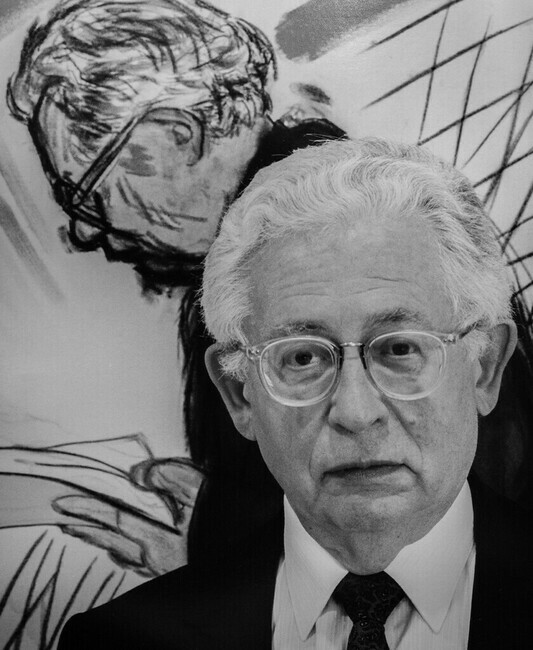