Incipient “commoning” in defense of the public?

This article examines the development of competing forms of fiscal citizenship in Oregon tax-related ballot initiative campaigns between 1970 and 2010. Antitax advocates constructed a “taxpayer identity politics” that positioned a privatized “taxpayer” against representatives of the state, recipients of public services, and public sector unions. In response, a progressive coalition produced an alternative citizen—the “Oregonian,” a socially responsible taxpayer/citizen who supports and defends public services and values a “common good.” “Incipient commoning” emerges as support for “the common good” through discourse about community and belonging that is more and other than, though in relation to, the state. Attention to how “publics” conceive of themselves suggests that concepts like the “the commons” already circulate in the imaginaries and vocabularies of advocates resisting neoliberal policies. 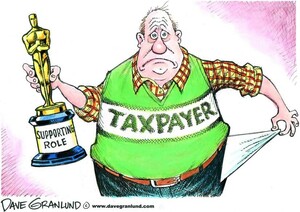