A megastructure in Singapore

The “Asian city of tomorrow?”

The People's Park Complex is one of two megastructures built in the early 1970s as prototypes for a new “Asian city of tomorrow” designed to humanize the urban expansion of Singapore through the creation of affective ensembles and connections, and would serve as an alternative to the state's forcible relocation of the population to alienating, cookie-cutter high-rise new towns. While the envisioned model of an expansive, affective urbanism failed to materialize in these megastructures, I examine how the transnational migrant and working-class communities that use the complex engage in other forms of affective placemaking that disrupt the narratives and temporalities in the state's recuperation of the surrounding old city by the state as a heritage and tourist district. I illuminate how affect can serve as an analytic to reorient a unilinear notion of architectural failure toward new temporalities, imaginations, and futurities.

Temple Street, across the garden bridge from the People's Park Complex (© Jodie Sun).

The whiteboard in the Chinese supermarket (© Jodie Sun). 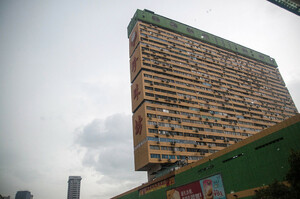 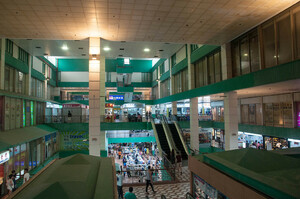 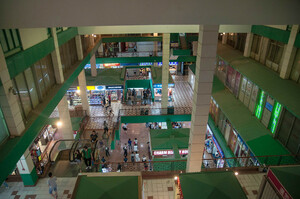 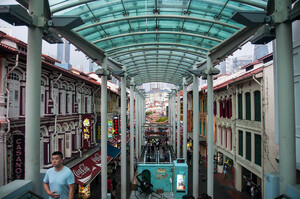 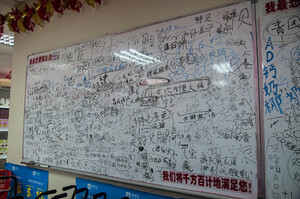 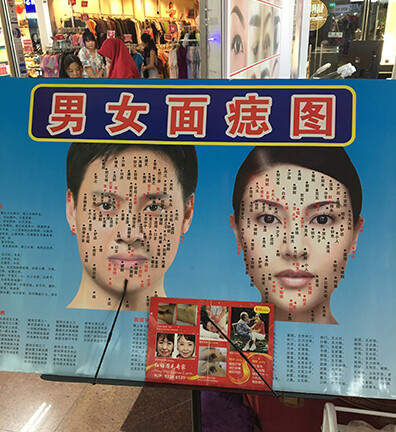