The spatial expressions of egalitarian and hierarchical political relations, respectively along the horizontal and vertical axis, are visually illustrated in a broad cross-cultural perspective. The dichotomy between los de abajo (those below) and los de arriba (those above) is explored in contemporary Venezuelan politics, using ethnographic and visual evidence. The socialist party, which presents itself as representative of los de abajo, has been increasingly criticized for being los de arriba both by the opposition and by grassroots PSUV (Partido Socialista Unido de Venezuela; United Socialist Party of Venezuela) activists who denounce the persistence of hierarchical dynamics through metaphors such as paracaido (para-shooter) and poner la escalera (holding the ladder).

Reply of the Zaporozhian Cossacks to Sultan Mehmed IV of the Ottoman Empire, painted 1880–1891, Ilya Repin.

Pyramid of Capitalist System, in the 1911 edition of Industrial Worker.

Vladimir Lenin addressing a crowd of soldiers about to go to war in Poland, Moscow, 5 May 1920. 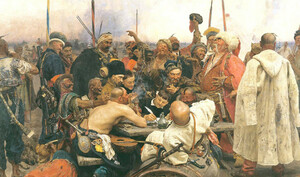 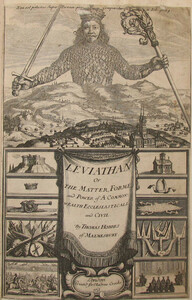 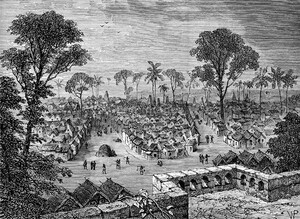 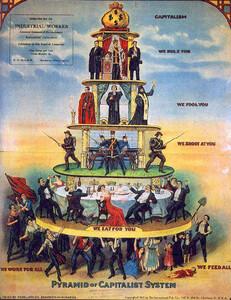 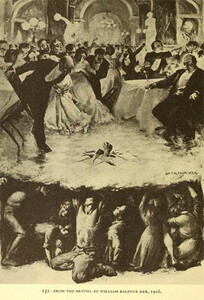 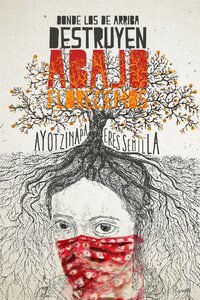 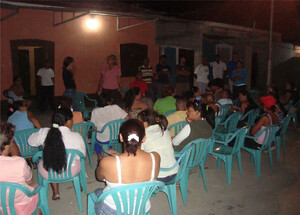 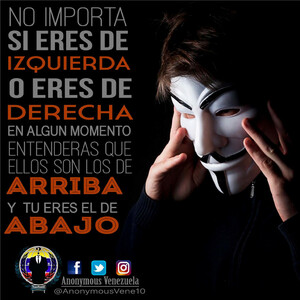 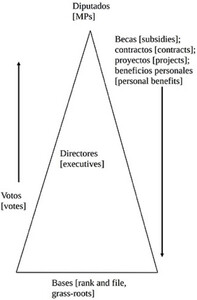 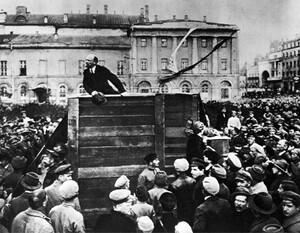