The brutal police repression of the demonstration of 17 October 1961 stands as a stark reminder of the violence of French colonialism. A continuing official reluctance to acknowledge these traumatic events has led individuals and groups to seek alternative routes for recognition. This article explores one of these alternative routes: the comic book, and specifically Octobre Noir, a collaboration between writer Didier Daeninckx and graphic artist Mako. By analyzing the reframing of 17 October 1961 within the comic form, this article argues that Octobre noir offers a site for interrogating the relationship between history and memory. This is achieved by exchanging a cultural narrative of police brutality and Algerian victimization for a narrative of legitimate protest and Algerian political agency. Octobre noir exemplifies the value of the comic book as a vector of memory able to represent the past in ways that enrich historical analysis and inter disciplinary debate.

Copyright:
© The Institute of French Studies at New York University and the Minda de Gunzburg Center for European Studies at Harvard University 2018 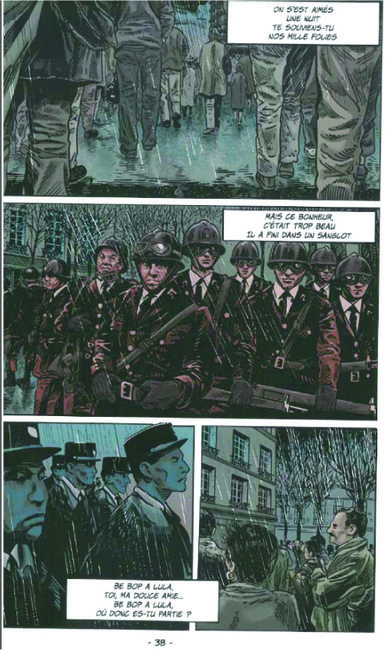