Rapid developments in digital technologies have sparked revolutionary shifts in participatory research. Emerging tools such as digital stories and cellphilms offer participants opportunities to engage actively in research and to produce media about their everyday lives. Yet, while these may enable such engagement, researchers need to ensure that the very tools meant as technologies of nonviolence are not in and of themselves violent. This article uses a technology-based, participatory visual methods workshop conducted with girls and young women as part of addressing sexual violence in a rural community in South Africa as a case study. We identify and reflect on some of the ethical issues that arose during the workshop and how we addressed them. Our aim is always to locate our work on addressing sexual violence with young rural women within an ethics of nonviolence rooted in and responsive to the context in which we work.

The storyboard for one of the digital stories. 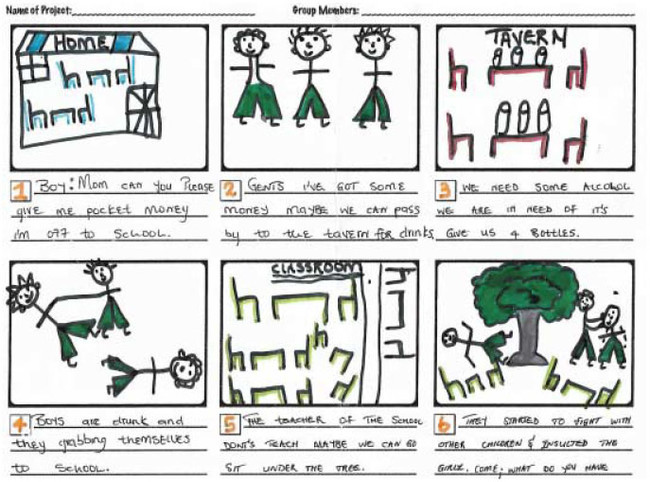