In this article I explore the production of teen girl comics such as Marilyn, Mirabelle, Roxy and Valentine in the promotion of pop music and pop stars from 1955 to 1960. These comics developed alongside early pop music and consisted of serial and self-contained picture stories, beauty and pop music articles, advice columns, and horoscopes. Materiality is a key component of the importance of comics in the promotional culture in a media landscape in which pop music was difficult to access for teenage girls. I analyze the comics within their historical and cultural framework and show how early British pop stars were constructed through paradoxical discourses such as religion, consumerism, and national identity to make them safe for teen girl consumption. The promotion of these star images formed the foundation for later pop music promotion and girl fan practices. 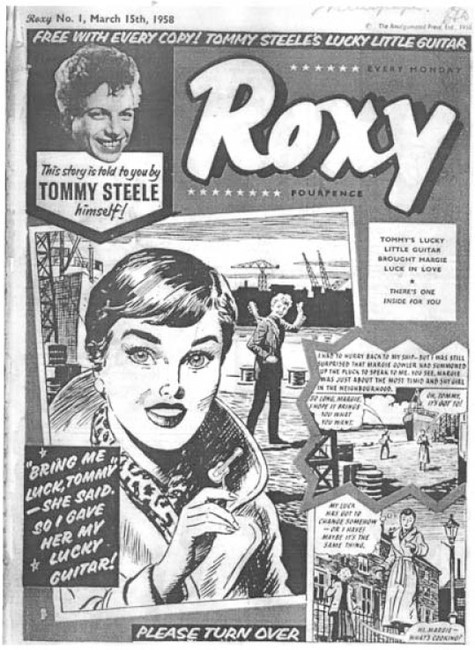