In Conversation with Eylem Atakav

Child marriage affects many young girls and women all over the world, and yet, while the number of cases is extremely alarming, there appears to be hardly any awareness of the subject, never mind public visibility. The consequences of forced marriage are dire with severe psychological, physical, and social impact on girls and women. If we are to raise awareness, the silence surrounding forced child marriage needs to be broken. In her documentary film Growing Up Married (2016), feminist media scholar Eylem Atakav faces the issue head-on. Her film brings to the screen four women from Turkey who were forced into marriage as children; as adults, they recollect their memories, on camera, for the first time. Growing Up Married—a milestone of feminist filmmaking in its celebration of women’s narratives of survival—foregrounds their voices as they tell their stories of having been child brides.

According to the international humanitarian agency, Co-operative for Assistance and Care Everywhere (CARE), 39,000 girls under the age of 18 become child brides every single day.1 While the numbers are alarming, these cases are mostly hidden from view and go unnoticed. As Miriam Kent (2016) writes, “Child brides are invisible. There is no paperwork involved, the marriages are often illegal, and the brides frequently do not even have birth certificates. These crimes are unseen and their perpetrators go unpunished” (n.p.).

The consequences of a childhood interrupted by forced marriage affect these girls as they enter adulthood years later. Academic and filmmaker Eylem Atakav, in her internationally acclaimed recent 27-minute documentary Growing Up Married (2016), confronts this urgent global issue. The film, in Atakav’s words, “Focuses on four women from Turkey who were forced [into] marriage. They reveal their own experience and recollection of being child brides on camera for the first time.” Atakav adds, “What happened in the past isn’t important. How they remember it is what was important to me.”

Growing Up Married premiered in September 2016 in Norwich, UK, and has since been screened in various cities in the UK, America, Bangladesh, and Turkey.

Atakav, a senior lecturer at the University of East Anglia (UEA), is doing research into the representation of women in media and film. She is particularly interested in the representation of honor-based crimes, forced marriage, child marriage, and gender politics. Her engagement with these issues and themes led to her launching the “Women, Islam and Media” module in 2011 at UEA. The aim of the module is to interrogate and rethink the power of media and its construction of images and identities.

In an article in the The Guardian, Atakav (2012) talks about the motivation behind the module.

Researching, teaching and discussing the complex relationship between media images, women and religion is a challenging task, which requires a subtle approach. To address this challenge and complexity, my aim is to make teaching this topic meaningful, and go beyond the superficial, while being critical and investigative.

Bringing women’s authentic experiences and stories to her research and teaching was something Atakav always wanted to do. Growing Up Married is a testament to both a practical approach to feminist activism, and to the power of media and film. As she insists, “We’re feminist media scholars, and as great as theory and research is, we need to move beyond that and make our own media and do our own feminism.” As Kent (2016) notes, “The film is everything feminist filmmaking should be [in] addressing issues of gender oppression through the stories of the oppressed” (n.p.).

For Atakav, there is something accessible about film, and this is tied to its ability to travel. “No matter where Growing Up Married is screened, there is always someone from the audience who comes up to me and talks to me about their own experience of abuse and violence,” she says.

Growing Up Married begins with a clicking counter. The rolling number starts the film, but the audience does not yet know to what these numbers allude; we find out only at the end of the film. We watch and listen to four women from Turkey as they remember. By the end of the film, the significance of the final number, 736, becomes clear: it is the number of girls who have become child brides, and been forced into marriage over the 27-minute span of the film. In honoring the specificity of the cultural struggles of the four Turkish women, Growing Up Married reminds us, with its rolling numbers, that forced marriage is a global and urgent issue.

The opening of Growing Up Married showing the counter, against a brick wall. Leyla’s voice can be heard as she sings.

The child-bride doll from the market in Izmir, Turkey. 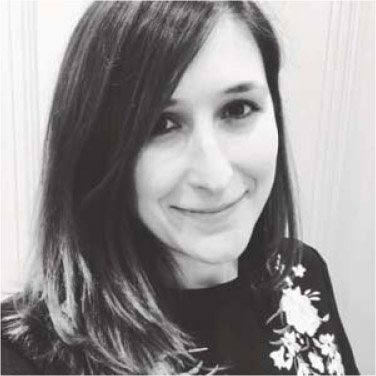 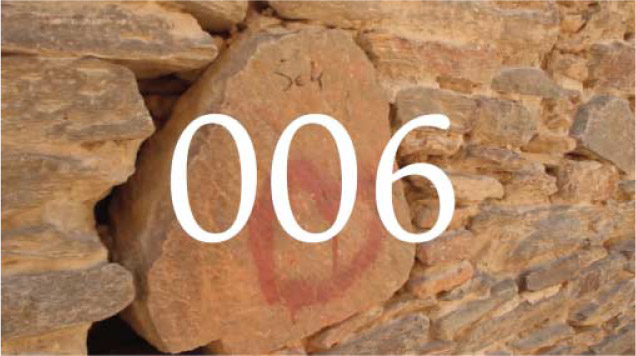 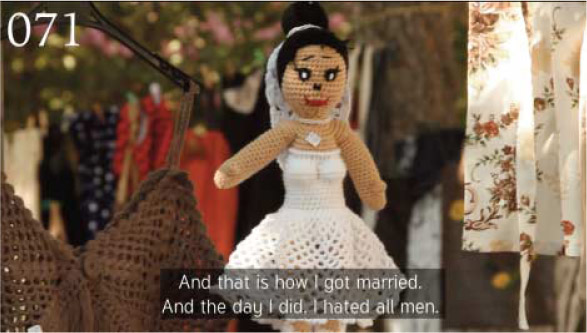