“Exploring in-betweenness” is the name of a collection of experiments that originate from my background in Architecture, overlapped with an interest in actual and perceived spaces of refuge. The result is a two-part experiment in which firstly, creative writing and literary analysis were used as vehicles to criticize and suggest alternative hierarchical arrangements of space, and secondly, the experiment which constitutes the topic of this article, where the actual and constructed dialogues between words and buildings are further explored. The author as both an insider and an observer aims to explore the relationship between space, lived experiences and sociological narratives. In “Literary Spatialities,” critical spatial writing is used to position the reader as the author through reflective passages and visual reconstructions to explore border encounters between refugee and host communities.

Scene 101: the western entrance to “the Jungle” refugee camp.

Scene 102: first iteration of the space after verbal descriptions are devoid of the source photograph.

Scene 201: the main high street in the Jungle refugee camp.

Scene 202: first iteration of the space after verbal descriptions are devoid of the source photograph.

Scene 301: view of the Jungle from above, with the Eritrean church in the background.

Scene 302: first iteration of the space after verbal descriptions are devoid of the source photograph. 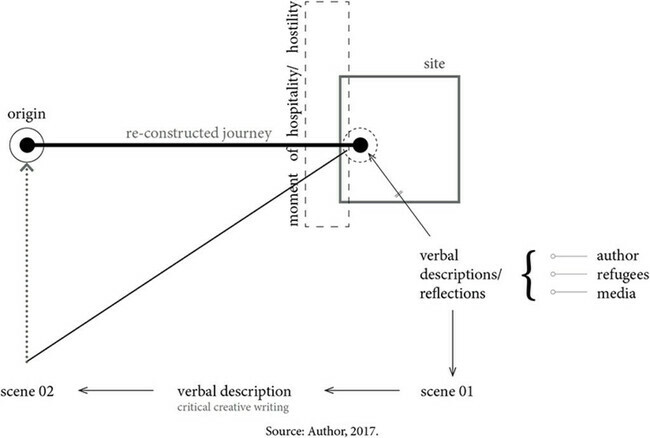 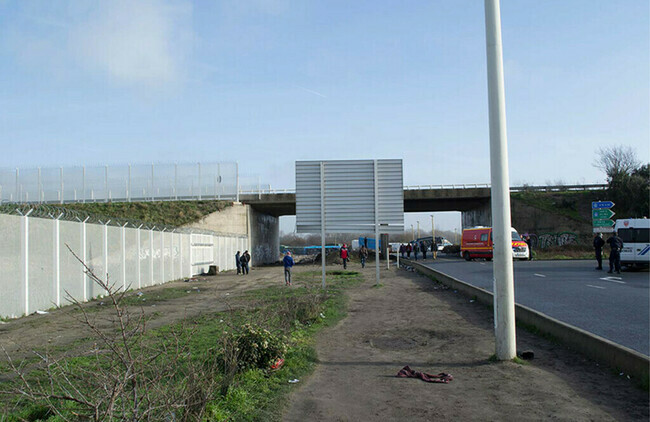 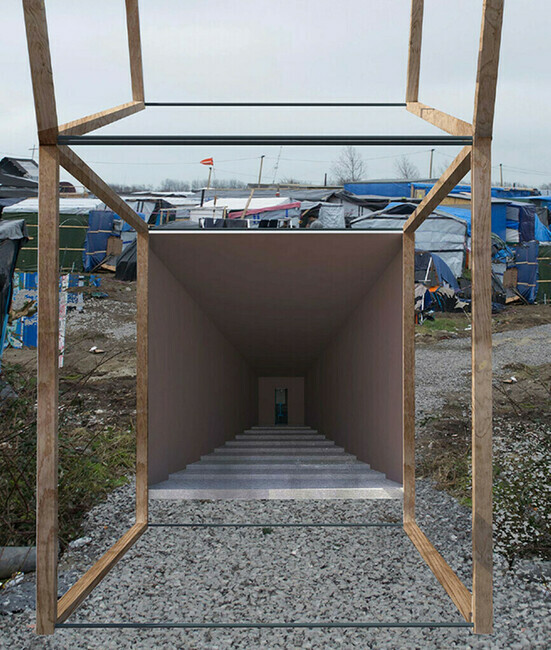 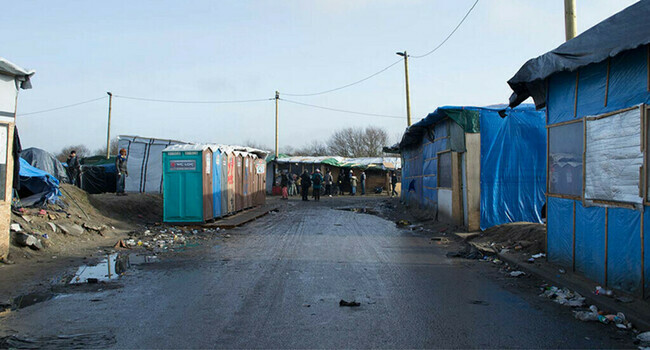 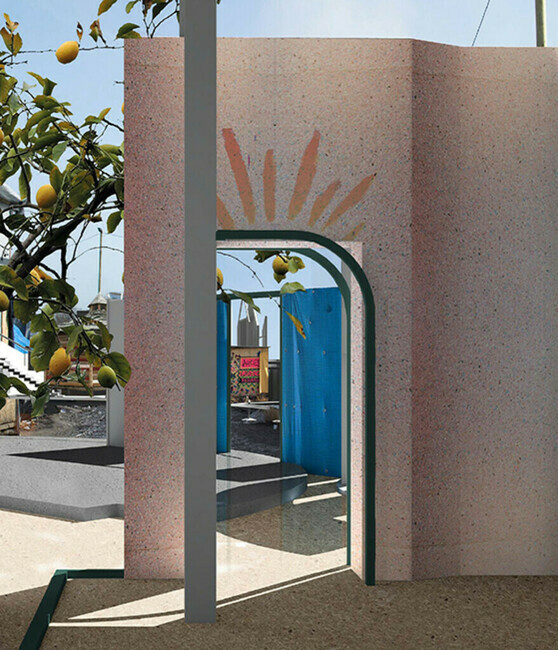 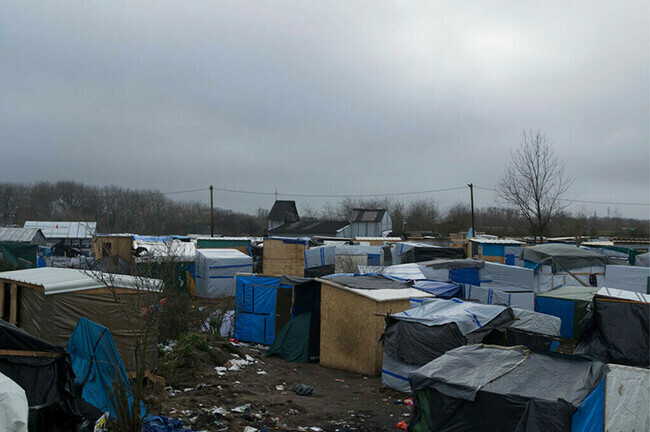 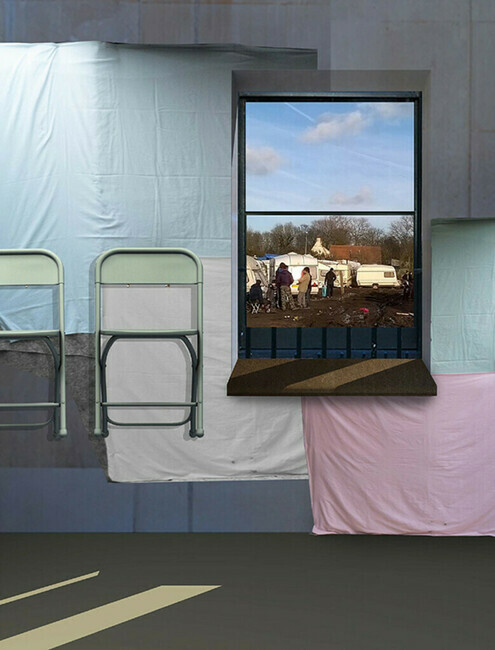