Living Through and Living On?

In this article, we examine the school project implemented by the architecture charity CatalyticAction in the informal refugee settlement of Jarahieh, in the Bekaa, Lebanon. In doing so, we propose an approach to participatory humanitarian architecture that extends beyond the mere act of designing “together” an “object building.” We see participatory architecture as a process that develops incrementally through the socioeconomic life of precarious communities—through what we call the “living through” and “living on” of participation. While remaining attentive to the infrastructural and political limitations to architectural durability in refugee settlements, we foreground the social life of architectural forms, and consider the built environment as not simply “used,” but produced and (re)productive through time, beyond, and often in spite of, humanitarian interventions. 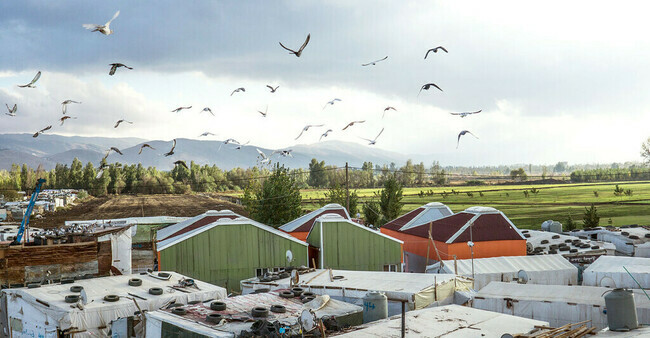