Art of Solidarity is an exhibition bursting with color, opinion, and attitude. It is therefore perfectly sited at Liverpool’s International Slavery Museum (ISM),1 created 10 years ago with the intention of campaigning against racism and other forms of human rights abuses. Since its foundation in 2007, the ISM—home of the Federation of International Human Rights Museums (FIHRM)2—has featured exhibitions on imperialism; prostitution; domestic servitude; life in Sierra Leone; modern slavery in India; child migrants; apartheid in South Africa; cricket and its relationships to culture, class, and politics; the race riots in Liverpool in 1981; the iniquities of the cotton industry; the oil industry in West Africa; human trafficking; and so on.

Now showing is Art of Solidarity: Cuban Posters for African Liberation 1967–1989,3 the latest exhibition in a series that asks fundamental questions about the eternal fight for human rights and social justice. The images themselves are astonishing in terms of their design, layout, and direct political message. The exhibition features 32 rarely seen posters produced by the Organisation in Solidarity with the People of Africa, Asia and Latin America (OSPAAAL), and reminds us of Cuba’s support for African independence movements. OSPAAAL, a nongovernmental organization recognized by the United Nations, was founded in Havana, Cuba, in 1966 and was the primary producer of international solidarity posters in Cuba until the collapse of the Soviet Union.

Support for the struggles of other nations is an important part of the national culture of Cuba, owing to its long history of fighting against foreign political and economic domination. The artworks, which are basically revolutionary propaganda, therefore represent some of the most vicious conflicts in Africa of the Cold War era, some of which continue to rage to this day. Staff at the ISM debated whether the poster used to publicize the show, which features a black woman holding an automatic rifle (Figure 1), was too sensationalist. It was decided that as it typified the nature of the struggles, it ought to be used.

But aside from their overtly political, campaigning messages, the posters are impactful works of art in their own right, prepared primarily using an offset printing technique. Cuban artists brought their own style to the posters, using powerful symbolism. An example is the work of Alfrédo Rostgaard (Figure 2), who was the artistic director and lead designer for OSPAAAL. Some posters have striking but sobering designs; for example, “Africa” by Jesús Forjans Boade (Figure 3) juxtaposes a tribal sculpture with modern weapons. Many of the posters focus on the fight against foreign domination, resistance to colonialism, and apartheid. An example is “Day of World Solidarity with Mozambique,” 1967, by Olivio Martinez Viera (Figure 4), which gets the message across through a stark composition in black and white combining the letters of the word “Mozambique,” spears, and chains.

The posters are part of the private collection of architect and collector Michael Tyler, and they are not usually on display. We should be grateful they have been given an airing by the ISM, causing viewers to reflect anew on imperialism, power, struggle, and corruption, in a museum that provides an antiracist context.

See the Art of Solidarity exhibition website at http://www.liverpoolmuseums.org.uk/artofsolidarity.

“Day of Solidarity with the People of Guinea-Bissau and Cape Verde,” 1968, by Berta Abelénda Fernández (courtesy of the Lincoln Cushing/Docs Populi Archive).

“Day of Solidarity with the Congo,” 1972, by Alfrédo Juan González Rostgaard (courtesy of the Lincoln Cushing/Docs Populi Archive). 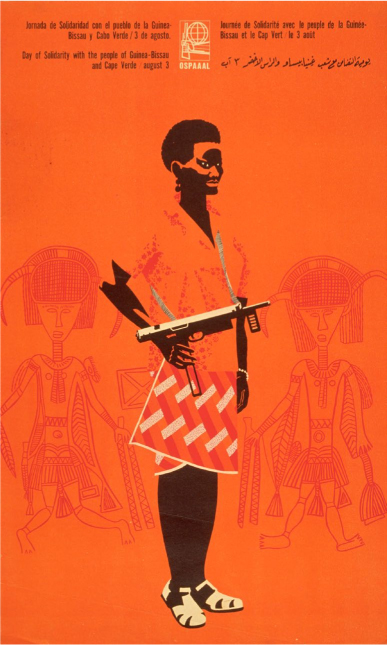 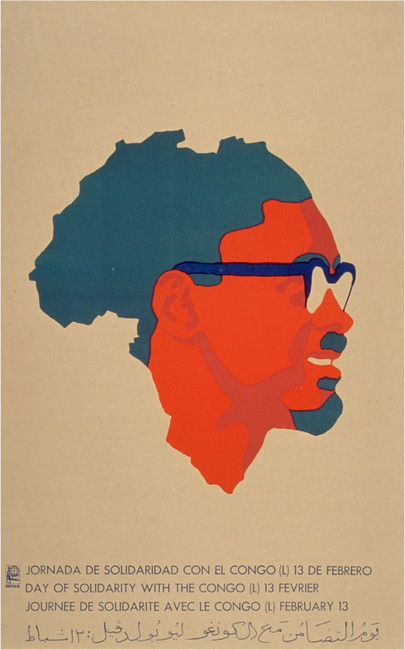 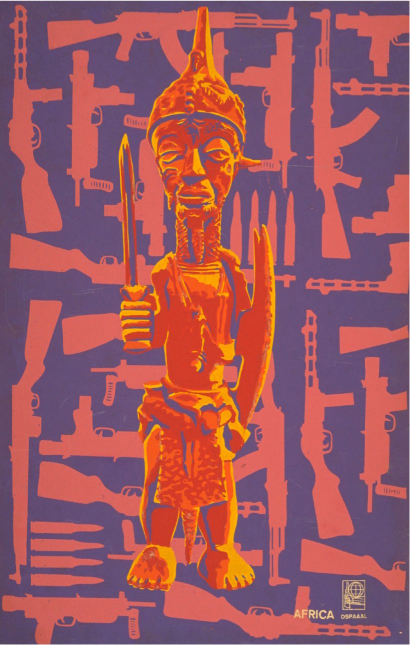 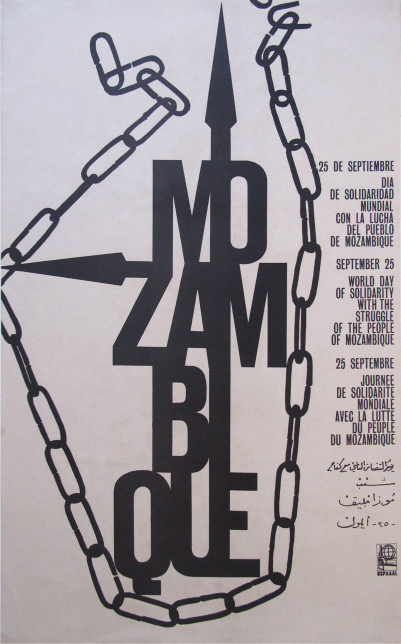