A statue of stainless steel cast in China and placed at the entrance of the new National Stadium in Mozambique sparked controversy between Chinese donors and Mozambican recipients in the period leading up to the stadium's 2011 inauguration. Based on ethnographic fieldwork among the Mozambican and Chinese nationals involved in the project, we explore the multiple misunderstandings surrounding the statue and show how they came to define Sino-Mozambican relations. Entextualized through materiality, the misunderstandings assumed a monumental form in the statue, and the message of mutual incomprehension continued to reverberate across the social terrain of Sino-Mozambican relations long after the statue itself had been removed. Misunderstandings, we argue, should not be dismissed as ephemeral communicative glitches, but seen as productive events that structure social relations.

The Chinese ambassador speaking during the inaugural ceremony at Mozambique's National Stadium. The photograph was taken at the precise moment when the projector system broke down and the monitors showed a screensaver image of colorful flowers. Photograph © Morten Nielsen

The entrance to the construction site. Photograph © Morten Nielsen

The statue-less pedestal that still graces the entrance to the football stadium. The plaque announces that the National Stadium was inaugurated by President Guebuza and makes no reference to China. Photograph © Morten Nielsen

The statue in the garden behind Mozambique's National Museum of Arts. Photograph © Morten Nielsen 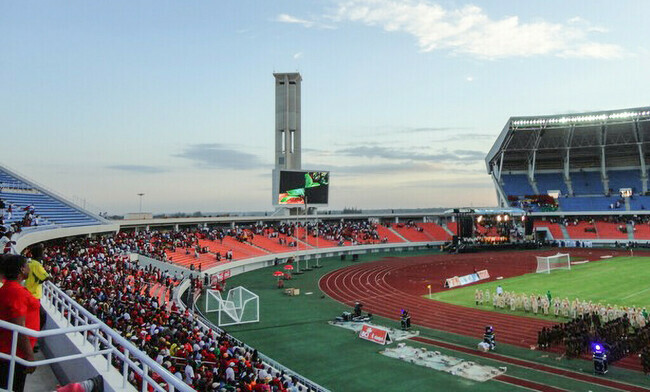 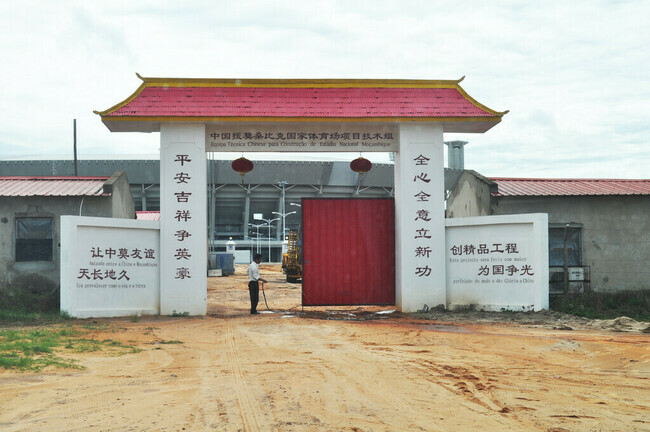 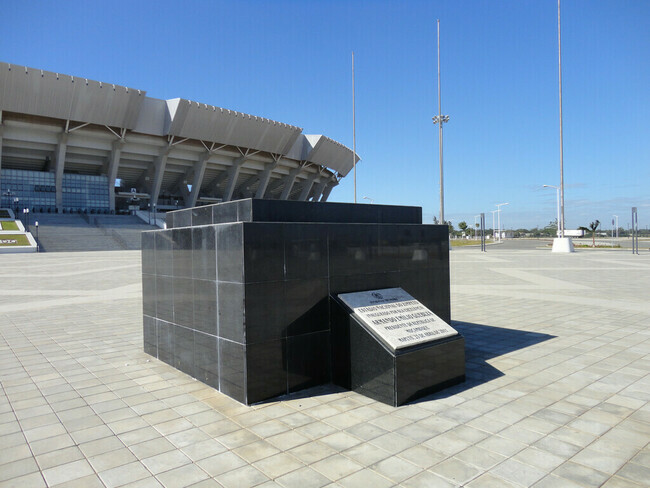 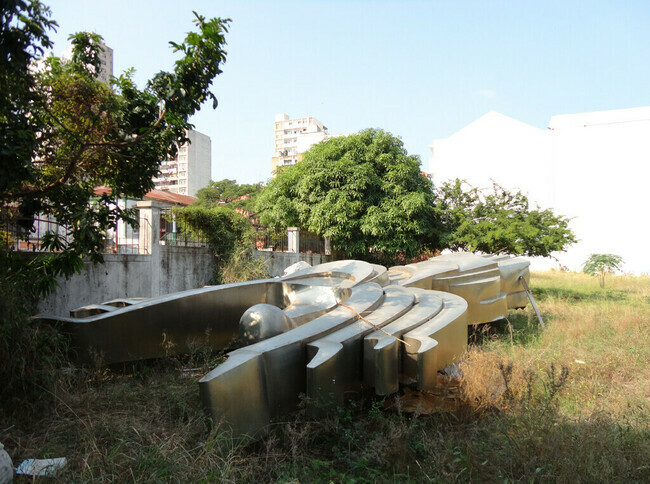