Working at the nexus of medical anthropology and the anthropology of childhood, this article challenges three assumptions often embedded in child health policy: (1) children are the passive recipients of healthcare; (2) children’s knowledge of illness and their body can be assumed based on adult understandings; and (3) children’s healthcare can be isolated from their social relations. I explore these themes through the case study of a 2011 New Zealand government initiative to reduce the rates of rheumatic fever affecting low-income Māori and Pasifika children. Drawing on fieldwork with around 80 children at an Auckland primary school, I show how the ‘sore throat’ programme does not merely treat streptococcus A infections, but plays an active role in constituting children’s experiences and understandings of their bodies and illness, and in shaping healthcare practices in ways unintended by policy-makers.

Campaign Poster for Rheumatic Fever in the Classroom Clinic. Poster produced by the Health Promotion Agency of New Zealand (photo by the author). 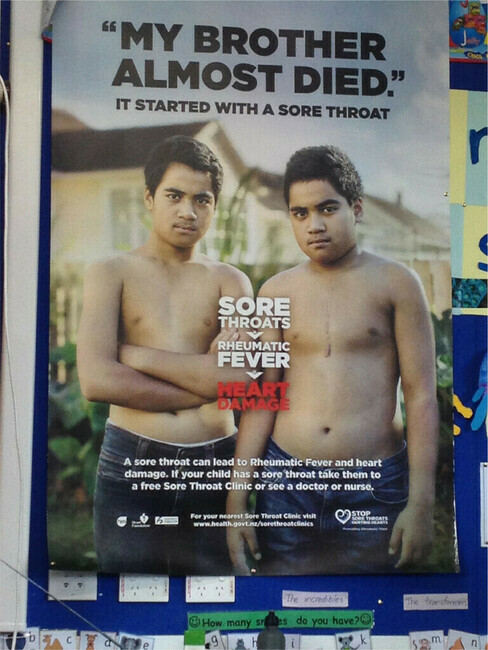