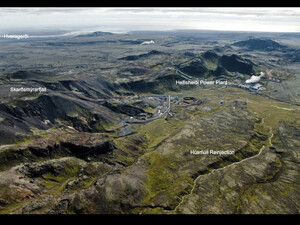 The Case of Ethnological Expertise in Yakutia

The Arctic is one of Russia’s treasures. However, Arctic economic development means that business is invading lands that are sacred to indigenous peoples. As a rule, regional authorities are interested in tax revenues from subsoil users, prompting them to decide the culture-or-mining dilemma in favor of the latter. But this does not mean that the price of this encroachment on indigenous lands remains uncalculated. Since its establishment in 2010, Yakutia’s Ethnological Expertise Committee has developed a tool for assessing the damage caused to indigenous communities by subsoil users. The problem of getting businesses to compensate indigenous communities has yet to be solved. This article seeks answers to the problem of fair compensation methods and explores modes of partnership and cooperation on traditional lands.

Having devoted an entire issue of the journal (and some overflow into the following one) to the current state of Yiddish, there was an obvious logic in attempting to do the same for the state of Ladino. But whereas the sound of Yiddish, albeit in a vulgarized form, is familiar, and access to texts and scholars working in the field is relatively easy, Ladino presents an entirely different set of problems. It has no obvious speakers to promote it today in Anglo-Saxon countries, and the subject belongs more to the realm of specialized studies. So the Editorial Board was delighted when Hilary Pomeroy agreed to help us in suggesting possible contributors. Hilary Pomeroy teaches courses on the culture and history of Sephardi Jewry in the Department of Hebrew and Jewish Studies, University College London, and has chaired the British Conference on Judeo-Spanish Studies, an international scholarly resource, since 1995. Once the list began to come together, it became obvious that it needed particular expertise to edit the issue effectively, and Hilary generously accepted the invitation to take on this task.

The Language Question in Contemporary Germany: The Challenges of Multilingualism

This article addresses the complex relationships between political discourses, demographic constellations, the affordances of new technologies, and linguistic practices in contemporary Germany. It focuses on political and personal responses to the increasingly multilingual nature of German society and the often-conflicting ways in which “the German language” figures in strategies promoting social integration and Germany's global position. In order to do this, the idea of “the German language” is contextualized in relation to both internal and external processes of contemporary social change. On the one hand, changes to the social order arising from the increasingly complex patterns of inward migration have led to conflicts between a persistent monolingual ideology and multilingual realities. On the other hand, changes in the global context and the explosive growth of new social media have resulted in both challenges and new opportunities for the German language in international communication. In this context, the article explores internal and external policy responses, for example, in relation to education and citizenship in Germany, and the embedding of German language campaigns in strategies promoting multilingualism; and impacts on individual linguistic practices and behaviors, such as the emergence of “multiethnolects” and online multilingualism.

Creed and Cognition in the Fourth Century

Combining history, theology, and the cognitive study of religion, this article offers a new interpretation of the origins and purpose of the fourth-century Trinitarian theology known as Homoianism, suggesting that it aimed to create an “entry-level“ Christianity as a first step in gradually easing polytheists into Christianity. It highlights the polemical nature of Homoianism's characterization as “Arianism,“ and examines the beliefs of Homoianism's proponents, including those of Ulfila, the “apostle of the Goths.“ This article suggests that the Homoian view of the Trinity attempted to map non-Christian intuitions of divinity onto the Christian doctrine of God. It points to Homoianism's Western origins on the Roman Empire's strategically important Danubian frontier, arguing that a Homoian creed should be seen not only in the wider context of the “Arian Controversy,“ but also as part of attempts to ensure the peaceful Romanization of the Goths.