Children in Norway increasingly spend time online, where they play games, create and share videos and hang out with friends. Drawing on fieldwork among immigrant families in Norway, this article investigates the use of avatars to facilitate temporal play in children’s online film-making. By creating animated films starring their own and their friends’ avatars, children playfully engage with a wide range of imagined future selves. Avatars constitute on-screen extensions of selves, allowing inhabitants of online environments to explore and experiment with otherwise inaccessible viewpoints and perspectives. Addressing the limits of time-tricking in children’s temporal play, the article shows how offline conventions shape what avatars can do.

The Cambridge Journal of Anthropology

Copyright:
© The Cambridge Journal of Anthropology 2016 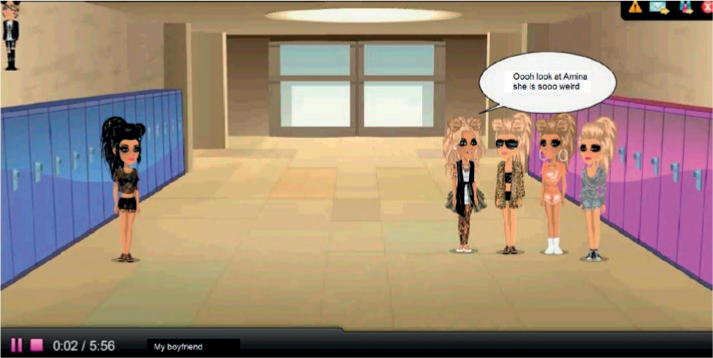 Still from Amina’s film My Boyfriend on MovieStarPlanet. Reprinted with permission. 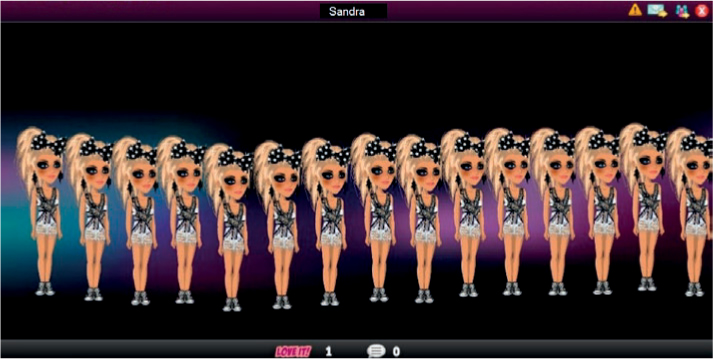 One of Amina’s posters on MovieStarPlanet, showing fifteen versions of her avatar Sandra23. Reprinted with permission. 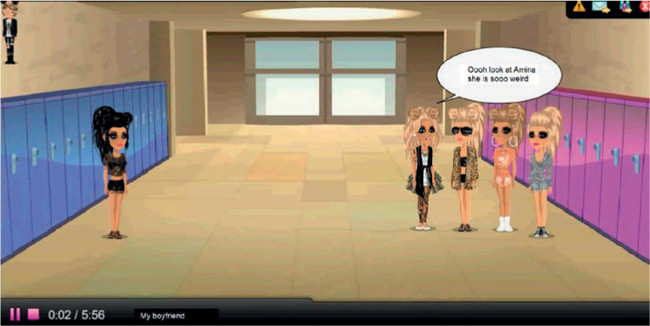 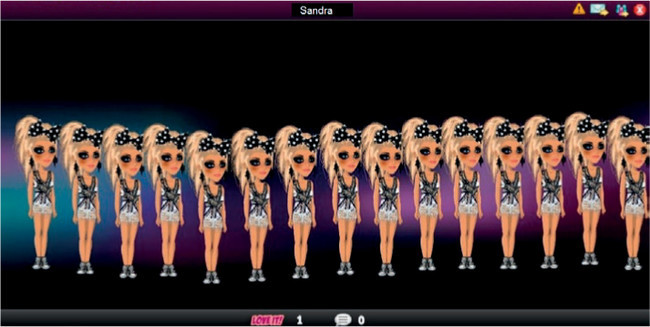