Space of Hope for Lebanon’s Missing

This article explores how a digital memorial for forcibly disappeared persons contributes to transitional justice in Lebanon. It presents the joint establishment of an interactive digital memorial by a collective of nongovernmental organizations, relatives of missing persons, and youth volunteers. The case study is situated in debates on transitional justice, calls for democratization of collective memories and archives, and discussions on new information and communication technologies. The article demonstrates how the development and launch of Fushat Amal (Space for Hope) is shaped and confined by postwar sociopolitical realities that are all but favorable to memorialization or justice-seeking initiatives. It highlights how digitalized memories can open up spaces that remain closed in the offline world, enabling survivors to share their stories, build collectives, demand recognition, and advocate for justice. At the same time, the authors discuss the limitations of digital memorials in relation to questions of access, ownership, and sustainability. 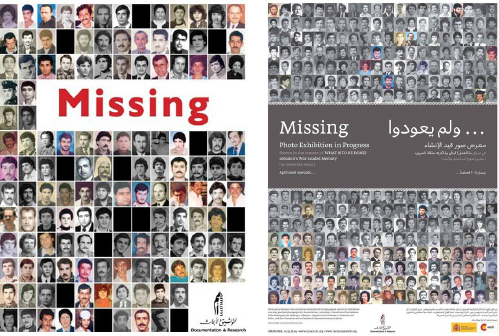 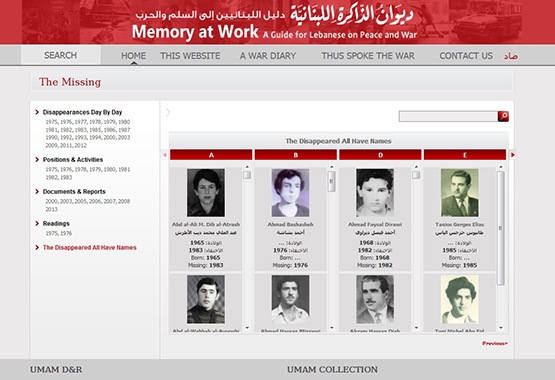 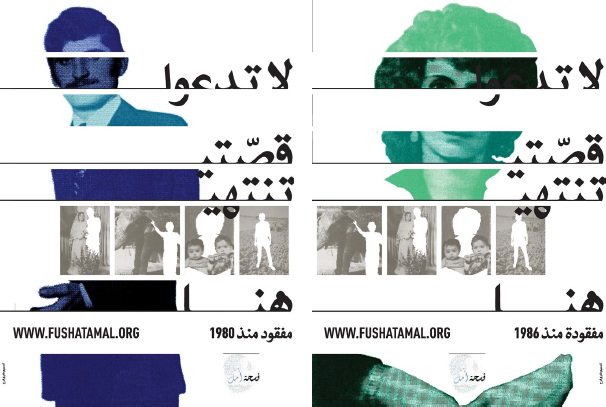 Posters distributed around the launch of Fushat Amal, carrying the slogan “Don’t let my story end here” across the pictures of missing persons. Source: ACT for the Disappeared (January 2016). 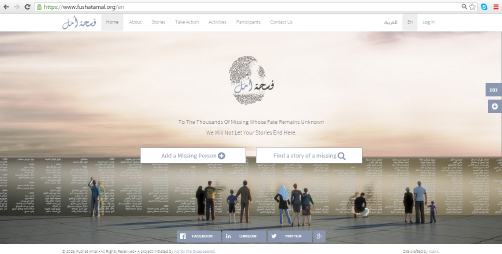 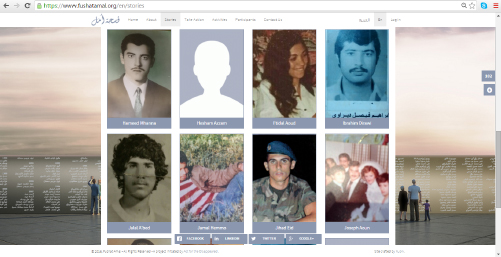 Screenshot of a page with profiles of missing persons on Fushat Amal at www.fushatamal.org/en/stories. 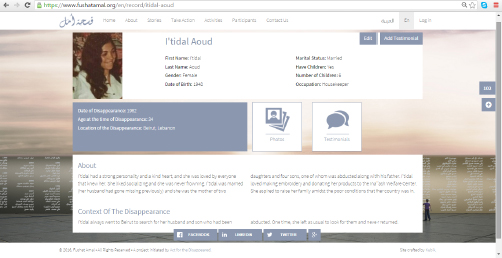 Screenshot of the profile of a missing person on Fushat Amal. 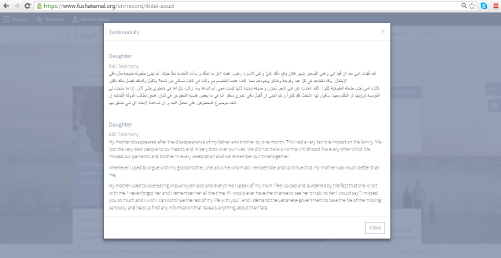 Screenshot of testimonies of a missing person on Fushat Amal.