Socialisms in the Tsarist Borderlands

Poland and Finland in a Contrastive Comparison, 1830—1907

This article presents a conceptual history of socialism in two Western borderlands of the Russian Empire—namely, the Kingdom of Poland and the Grand Duchy of Finland. A contrastive comparison is used to examine the birth, dissemination, and breakthrough of the concept from its first appearance until the Revolution of 1905. The concept entered Polish political conversation as a self-applied label among émigrés in the 1830s, whereas the opponents of socialism made it famous in Finland in the 1840s in Swedish and in the 1860s in Finnish. When socialism became a mass movement at the turn of the century, socialist parties (re)defined the concept through underground leaflets and brochures in Poland, and through a legal labor press in Finland. In both cases, the Revolution of 1905 meant the final democratization of socialism, attaching more meanings to the concept and making it the most discussed ism of modern politics.

Contributions to the History of Concepts 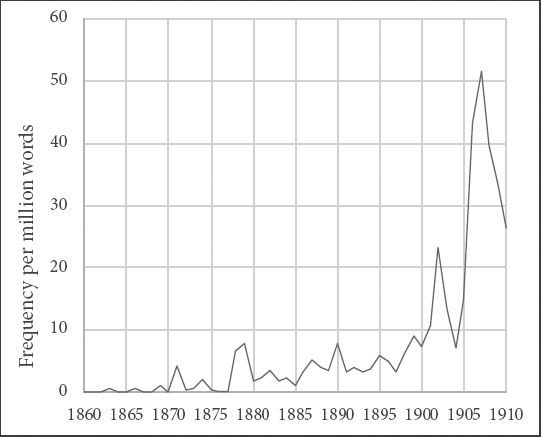 Relative frequency of socialism in Finnish newspapers and periodicals, 1860–1910.