Social Criticism through Humour in the Digital Age

Multimodal Extension in the Works of Aleix Saló

Numerous authors of comics and graphic novels have used the economic crisis in the Iberian Peninsula as a narrative frame for social criticism. Prominent amongst them is the Catalan cartoonist Aleix Saló, who burst onto the comics scene with his animated YouTube video Españistán, a book trailer for his graphic novel Españistán: Este país se va a la mierda [Españistán: This country is going to hell] (2011). This article shows how Saló offers a humorous and didactic portrait of the devastating effects of the economic crisis: he does this through multimodality (using specific shapes, colours, fonts and components of orality) and through creating ‘multimodal extensions’, intertextual relations between published books and book trailers. This analysis presents a case study of the multimodal techniques that authors use to shape and develop their work in the context of the powerful relationship between text and image in the digital age.

Saló, Fills dels 80 (14) [We are the bubble generation, children of democracy, of postmodernity, of the crisis of values and the welfare state. / Life is Happy Flower Tutti Color / Raised inside a bubble / And there we were, each one of us, happily dreaming, until we had to wake up on our own precisely when another bubble appeared … / Muaaha haaa!! / The property bubble.] Reproduced with the kind permission of Aleix Saló.

Saló, Fills dels 80 (68) [Labour market conditions have not always been the same. Our grandparents: they could not study and they worked their whole life as ‘X’ / Our parents: they studied ‘X’ and they worked their whole life as ‘X’ / Us: we studied ‘X’ and during the last year we have worked as ‘Y’, as ‘Z’, as ‘W’, as ‘H’, as ‘F’ … / Is anyone from the bubble generation working in the field they studied? / My father told me to get a degree if I wanted to be someone. Now I am a graduate in languages, and I work as a waitress. / And I serve beer to my neighbour, who left school and now, as a construction worker, makes three times what I do. / Some clams, darling.] Reproduced with the kind permission of Aleix Saló.

Saló, Simiocracia (114) [You in 2009. / The biggest pessimists say that this crisis may last until 2011 …! / You in 2012. / Until 2011, he says? Ha, ha, ha! / Even so, the president kept invoking the old ‘collective truth’ of optimism, thinking that it would be enough to keep us afloat. / I am starting to see green shoots! / Above all, don’t stop consuming and buying houses!] Reproduced with the kind permission of Aleix Saló.

Frame fragments from the book trailer Españistán (6:25–6:28). Reproduced with the kind permission of Aleix Saló.

The United Kingdom ‘exiting’ the European Union. Frame fragments from the book trailer ‘Euronightmare’ (2014) (1:26–1:36). Reproduced with the kind permission of Aleix Saló. 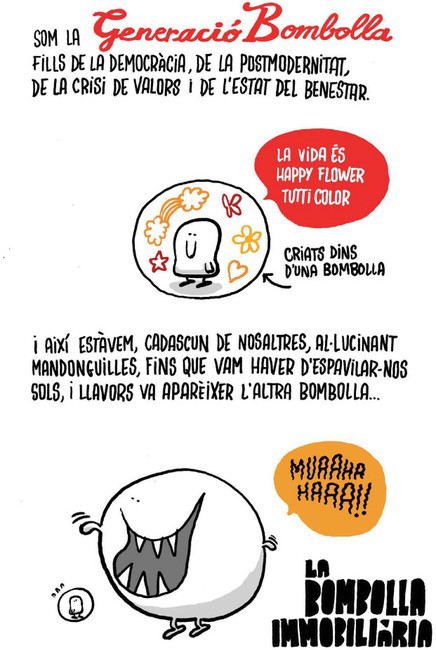 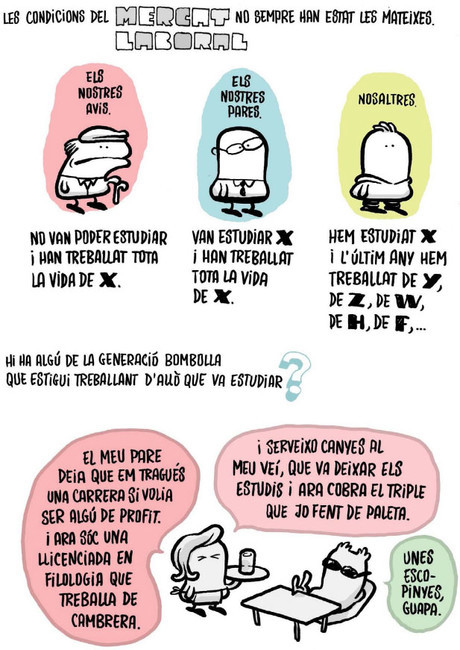 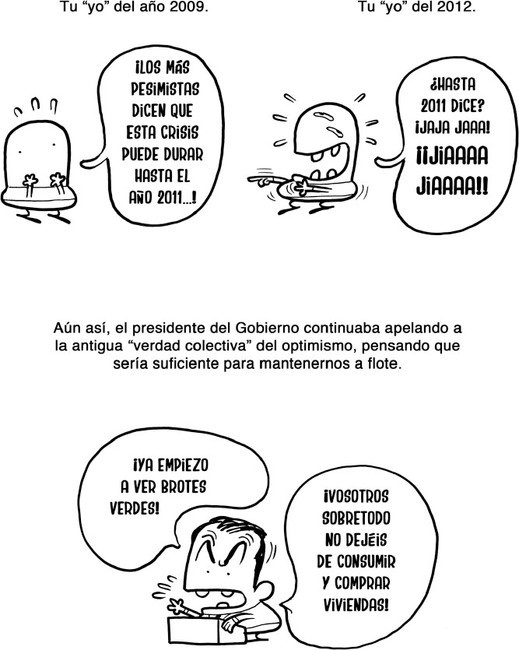 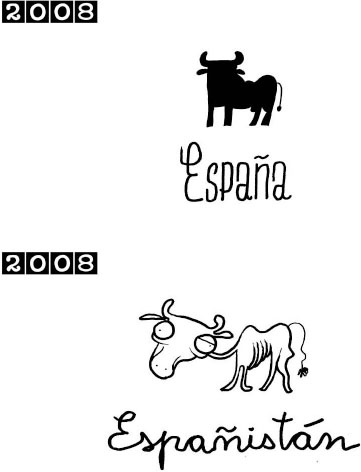 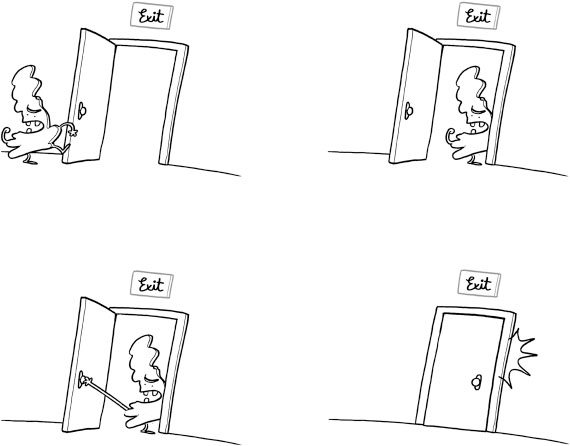