Sir Sigmund Sternberg, Sigi – he was always both – was born on 2 June 1921 into a successful, middle-class family in Budapest, a city that owed more than most to the emancipation of its Jews in the second half of the nineteenth century. Sigi’s sister Susie followed only fifteen months later. But when Sigi was only fourteen their father died and he was immediately propelled into family responsibilities. Yet his schooling was dogged by anti-Semitism and his path to university blocked by an increasingly restrictive quota system. On the very eve of war, he came to London with nothing but some family contacts and immediately set about building a new life. He married Ruth with whom he had two children, Michael and Frances, and later Hazel, alehah hashalom, who brought Ruth and David to the family. He quickly found success in the metal reclamation industry and then moved on to even greater success with his Mountstar group of companies – I can’t think why Sigi chose that name! All this provided the kemakh, as Pirkei Avot puts it, the wherewithal, to enable him to devote more than forty years of his life to Torah as he so acutely and perceptively understood it to be.

That’s the biography, admirably fleshed out in The Times, more petulantly in The Telegraph, telling you what he did. But who he was – that’s for us. Now. It’s impossible to believe he’s not listening, expectantly. We’ll try not to disappoint him.

First, as Sigi and I agreed, I’ll offer a perspective as one of his many partners in the Jewish world for more than thirty years; then Michael and Ruth will offer complementary family perspectives; and finally Rabbi David Rosen CBE, International Director of Interreligious Affairs of the American Jewish Committee – who, despite the proximity of the Chag, insisted on flying here to speak as Sigi wished – and instructed.

Sigi was the embodiment of twentieth-century European Jewry. He was a refugee from a Hungary riven with profound prejudice and envy, absolutely characteristic of so much of Europe long before the Nazis exploited it in their uniquely vile way. Sigi came to England and was ever

more determined to win acceptance for himself and for British Jewry on our terms as pushy, driven, accented, in-your-face Jews, not as fawning and obsequious Englishmen of the Mosaic persuasion – a strategy that the Survivors knew had failed.

Yes, Sigi gloried in every portrait of himself in papal knight’s uniform; in every one of his countless interfaith medallions; every civic honour (how tragic that the peerage he so coveted was denied him); and in every message and meeting with the most senior members of the Royal Family. And it was for himself – so un-British – but it was also for every member of the British Jewish community. This is who we are; this is what we offer; this is what we do. We will not hide our lights under a bushel of English reticence. We will not maintain the tactful low profile expected of grateful immigrants. We will be us – however risky that may prove to be. As a consequence, Sigi worried all his life about family security, fears rooted in his past but still eminently justified in the perennially uncertain present.

Sir Sigmund Sternberg, Knight Commander of the Order of Gregory the Great and Star, was a profoundly driven man. I’ve never experienced such determination, such a sense of mission. Whether you were a member of his family, a member of his domestic staff, an employee or, like me, someone who led an independent religious organization, you were on call 24/7 and he would brook no argument.

Some of us used to console ourselves with a story to the effect that the police – in London, Rome or Davos – were amazed to see the Popemobile go flashing by at more than 70 miles an hour and, only after they’d recovered from the shock, gave chase. Finally catching up with the vehicle, they peered in and said: ‘Who’s the gentleman with you in white, Sir Sigmund?’ I can see Sigi smiling that nervous smile, hoping I’m paying him a compliment but not completely sure. Believe me, Sigi, it’s deeply affectionate envy! Being part of Sigi’s network-become-entourage was tough and some tragically fell victim to his drivenness but it was always for a purpose. And that purpose was Torah – Jewish teaching, Jewish ethics, Jewish values. I think deep down Sigi shared with the great Jewish philosopher Emmanuel Levinas the conviction that the twentieth most terrible of centuries had demonstrated the abject failure of all other modern ethical systems and it was Jewish ethics that offered humanity the only hope of salvation.

We are all – Jew and Gentile, woman and man, black and white – of equal and infinite non-monetary value. After the horrific twenty years from 1933 to 1953 it became crystal clear to Sigi that the only hope for salvation lay in collaboration between people of faith, the leaders of business, and national politicians. Through building unlikely networks and pushing open reluctant doors, Sigmund Sternberg worked every moment of every day to create the foundations for a peaceful, progressive society – collaborative and egalitarian. That was Sigi’s Torah; that was Sigi’s vision and he understood better than anyone I’ve ever met another famous text from Pirkei Avot: ‘The day is short and the work is great and the labourers are sluggish [except for Sigi himself] but the rewards are high and the Householder is urgent’.

Sigi didn’t have a comfortable childhood and he became an uncomfortable, restless man, utterly devoid of sitzfleisch, never satisfied – a characteristic that stemmed not just from his personal history but from his deeply valued Jewish identity. Jews are very often restless and striving, never satisfied, a trait that history has also given to our Judaism and the Torah we teach.

Sir Sigmund Sternberg KC*SG was the embodiment of the Survivors of twentieth- century European Jewry, determined to remember and learn from the past, establish the equal place of Jews as Jews and teach the Torah of genuine respect, mutual acceptance and collaboration.

Sigi was also an archetypal Jewish patriarch – more perhaps in the mould of Jacob than Abraham – a patriarch from whom has stemmed a clan of Sternbergs, Perlmans and Tamirs, committed to the self-same Torah he taught. Dear Sigi, you can rest assured that though you can no longer control it, the future is in the best of hands. 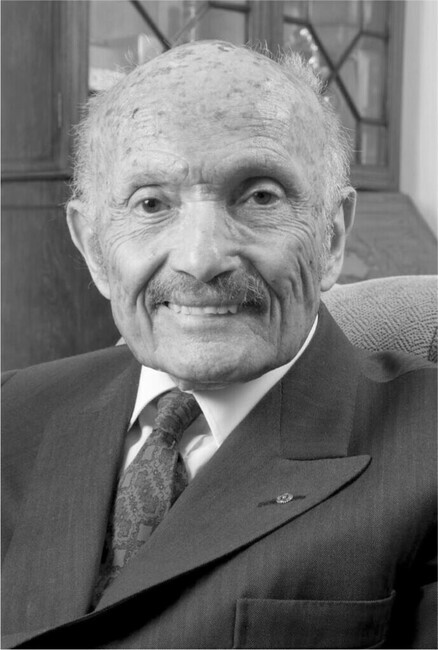