In June 2013, a breakdown in the routine functioning of state bureaucracy sparked the largest and up to that point most significant wave of protests in postwar Bosnia-Herzegovina, named the Bosnian Babylution. The protest centered on the plight of newborn babies who, because of this particular administrative problem, could no longer be issued key documents, even to travel outside the country for life-saving medical care. These events exposed the profound nature of the representational crisis gripping this postwar, postsocialist, and postintervention state that has emerged at the intersection of ethnic hyper-representation and the lived experience of the collapse of biopolitical care. Yet, as this analysis shows, this crisis has also helped unleash new forms of political desire for revolutionary rupture and reconstitution of the postwar political.

Evening protest in front of the Bosnian parliament, with the symbol of Babylution projected against the Parliament building’s façade (photograph by Almir Panjeta, used with permission)

A cover of the weekly magazine Dani (Days) featured the symbol of the Babylution—the clenched fist emerging out of a pacifier (reprinted with permission).

Playgrounds for children were an essential part of the protest landscape (photograph by Selma Boračić-Mršo, reprinted with permission)

1 July protest sign: “Trash rules until the people have had it—Dismissed” (photograph by Larisa Kurtović) 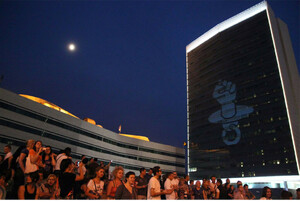 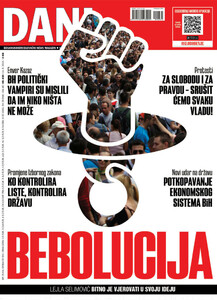 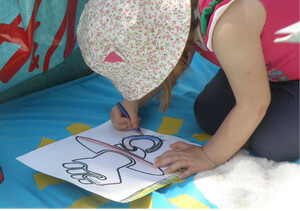 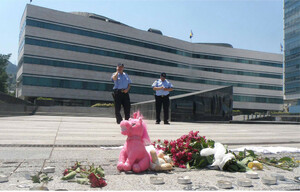 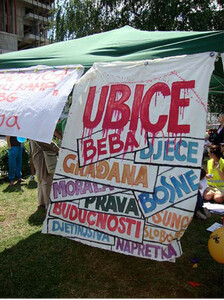 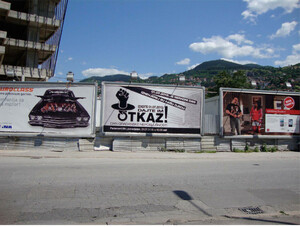 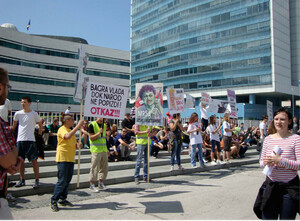 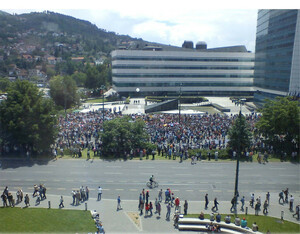