Is the ethnography of mushrooming the royal pathway to the anthropology of the Capitalocene? 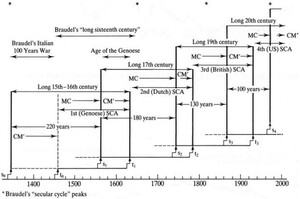