The elections for the German Bundestag on 24 September 2017 saw heavy losses for the two governing parties—the Christian Democratic Union (cdu) and the Social Democratic Party (spd)—and the rise of the right-populist Alternative for Germany (AfD). It took almost six months for a new grand coalition to be formed in light of the extremely fragmented parliament. Despite the good economic situation and relative calm domestically and internationally, much change is occurring under the surface. Most importantly, the country is preparing for the end of Chancellor Angela Merkel’s long tenure. Who and what will come next? Can the surging AfD be contained? Will Germany step up into the leadership role for which so many have called?

Volatility Based on Votes and Seats over Time

Overhanging and Compensatory Mandates Over Time 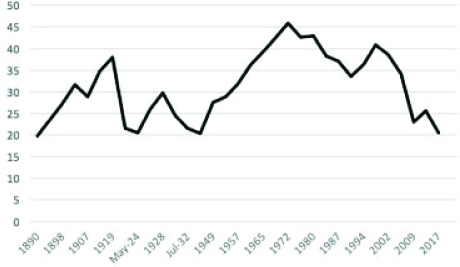 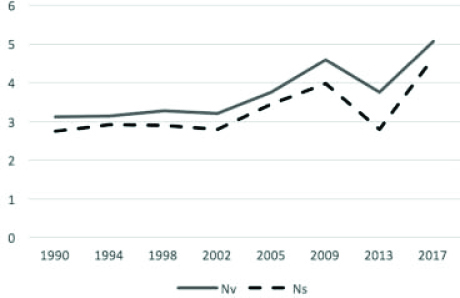 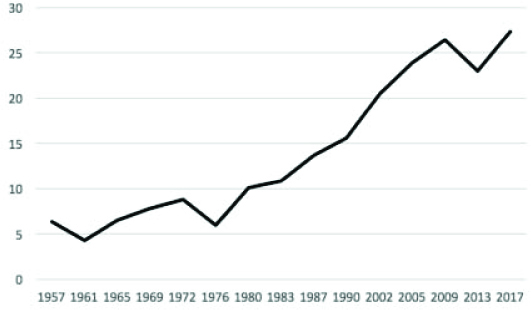 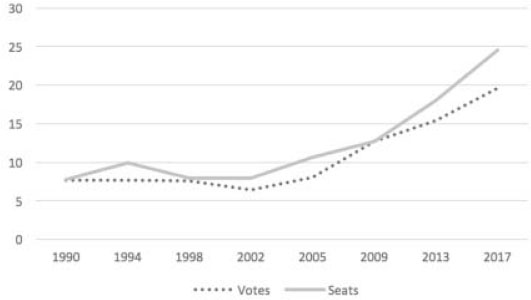 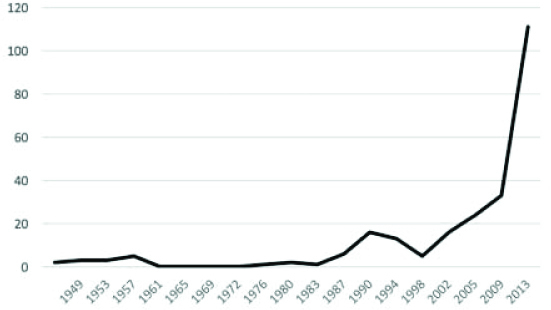