The German Party System Before and After the 2017 Federal Election

The 2017 federal election illustrated the transformation of Germany’s political party system with six parties managing to enter the Bundestag. With the Christian and Social Democrats finally coming to an agreement almost half a year after the election, a grand coalition is set to govern for two consecutive terms for the very first time. The Alternative for Germany’s success also signaled the definite parliamentary establishment of right-wing populism in Germany. Multiparty coalitions that bridge ideological gulfs as the political fringe has grown in size are a new reality that must be accommodated. The 2017 election and subsequent arduous negotiations point towards a period of uncertainty and further upheaval for Germany’s party system. 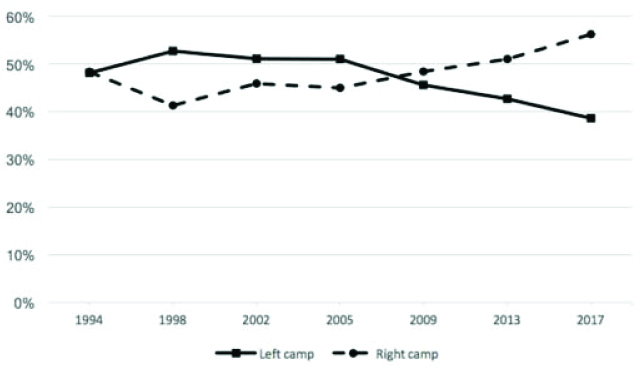 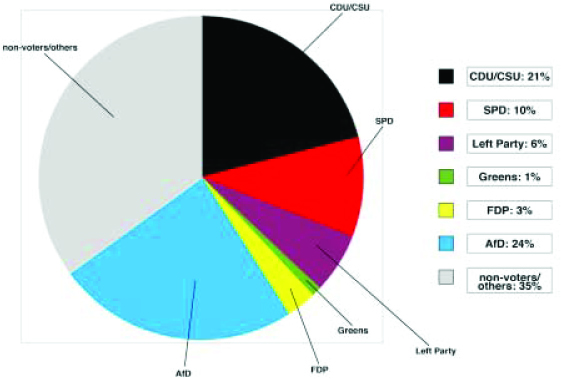 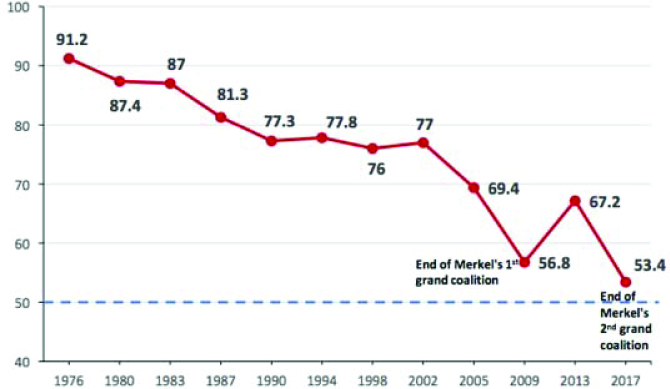 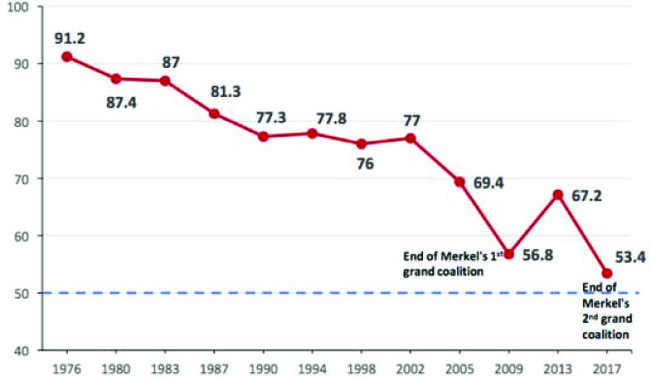