In this article, we seek to provide a social quality–led analysis of some of the conditions that led to the UK population’s collective decision to leave the European Union in June 2016. We draw on interview data collected between 2010 and 2012 to argue that while not predictable, the seeds of the Brexit vote are well rooted in the conditions experienced by many of the working classes in Britain’s most deprived postindustrial communities. We argue that the ongoing decline in economic security, effective enfranchisement, social inclusion, and social empowerment have all had profound consequences for working-class communities and that the outcome of the Brexit vote was rooted, at least in part, in their subjective experiences and disenchantment forged in this ongoing decline. 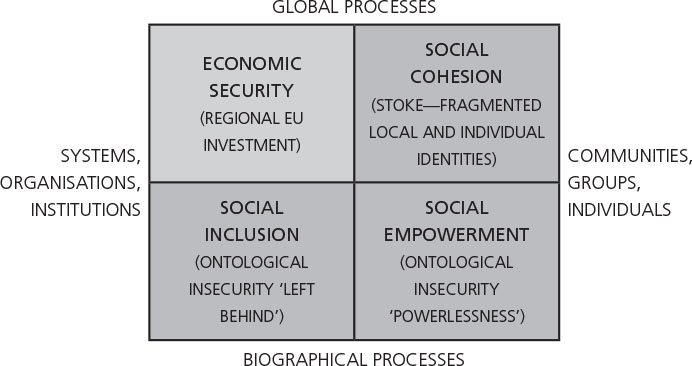 The “square” of social quality—systemic absences in Stoke (adapted from Abbott and Wallace 2012). 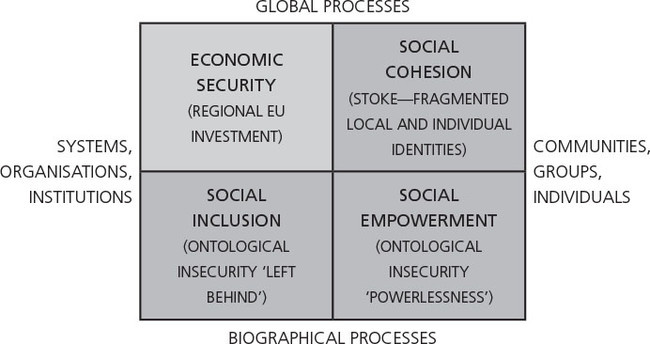