The swift and profound transformations in technology and industry that the United States began to experience in the late 1800s manifested themselves in school textbooks, which presented different patterns of race, ethnicity, and otherness. They also displayed concepts like national identity, exceptionalism, and the superiority of Euro-American civilization. This article aims to demonstrate, via an analysis of two textbooks, how world geography was taught to children in primary schools in nineteenth century America. It shows that the development of American identity coincided with the emergence of the realm of the “other,” that is, with the intensification of racial attitudes and prejudices, some of which were to persist well into the twentieth century. 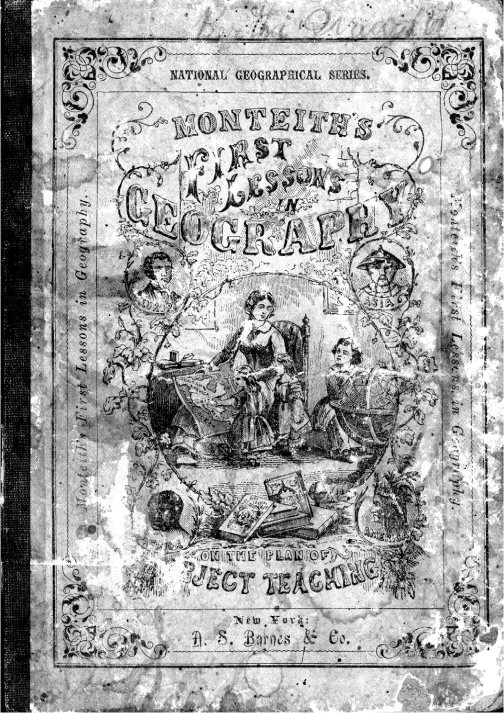 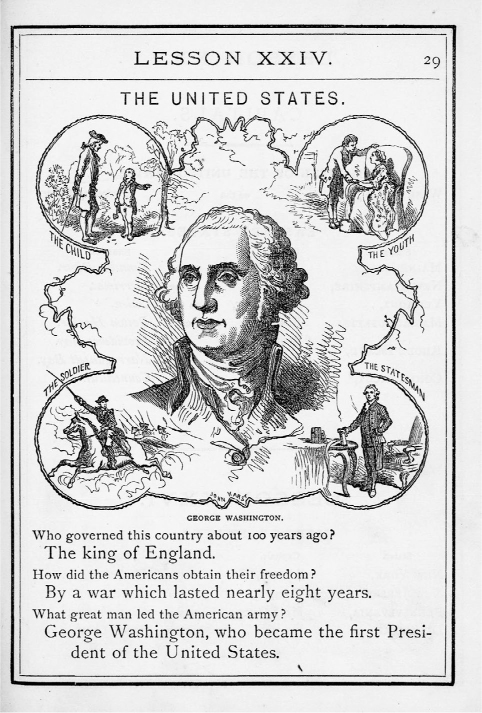 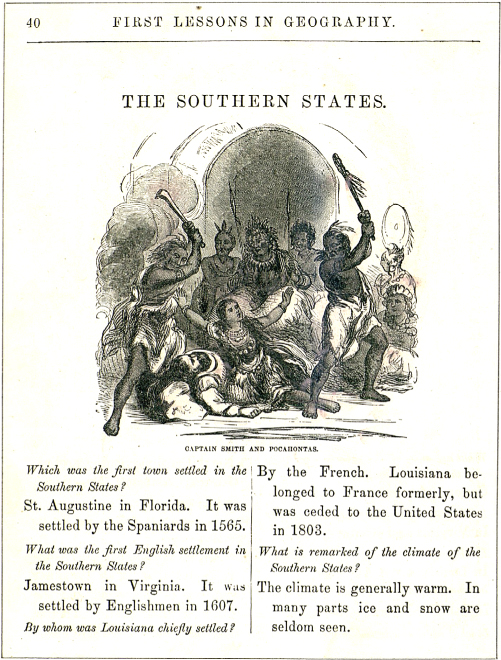 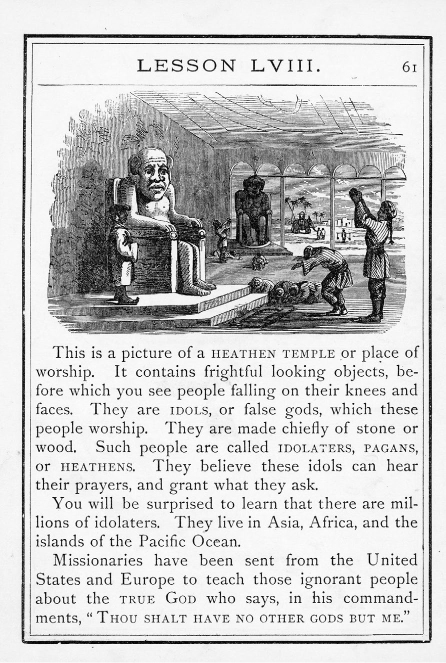 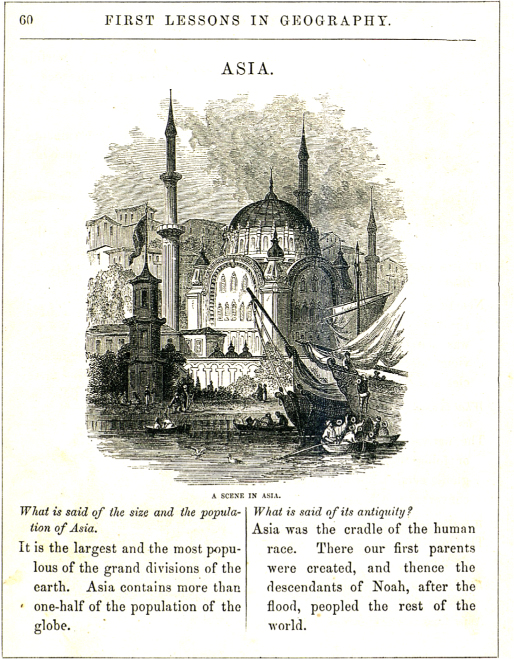 A Scene in Asia, Mitchell’s First Lessons in Geography (1860). 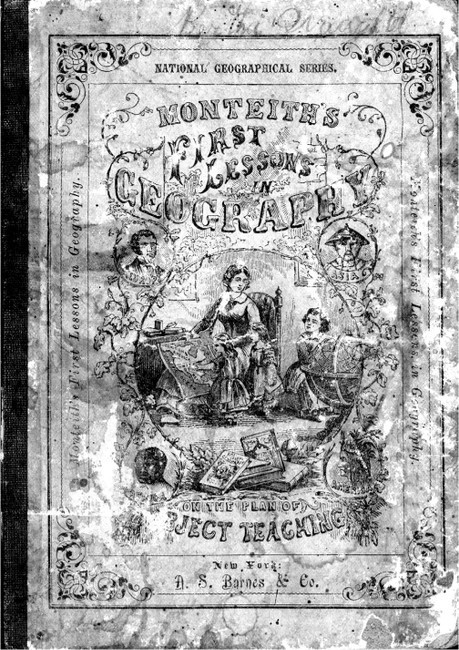 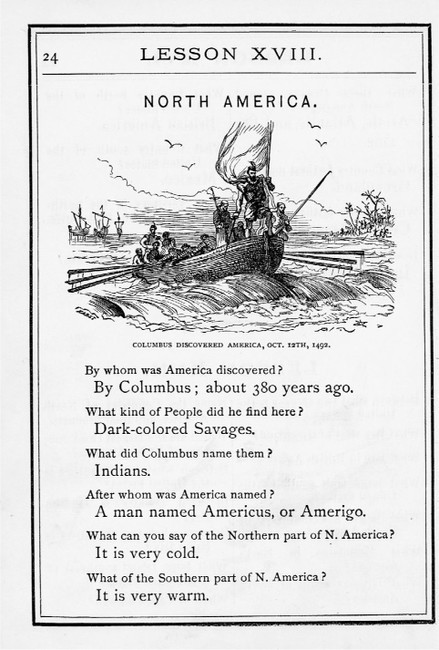 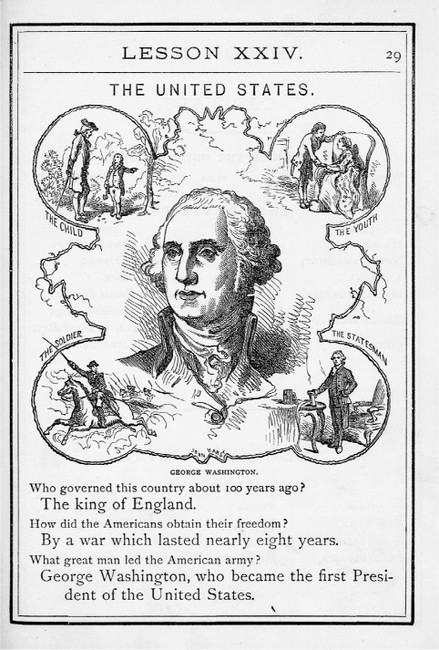 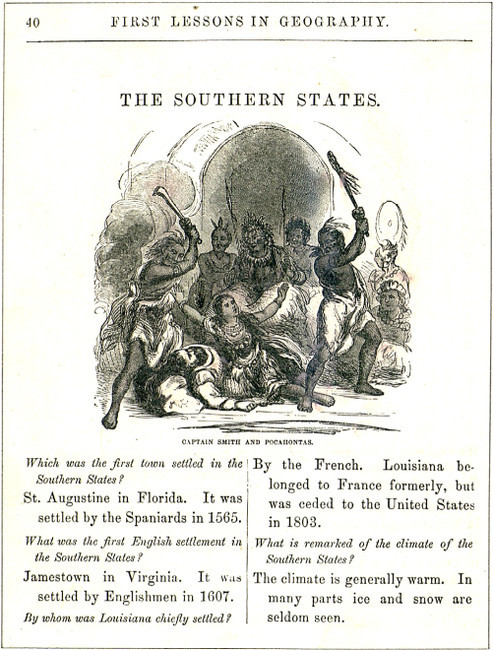 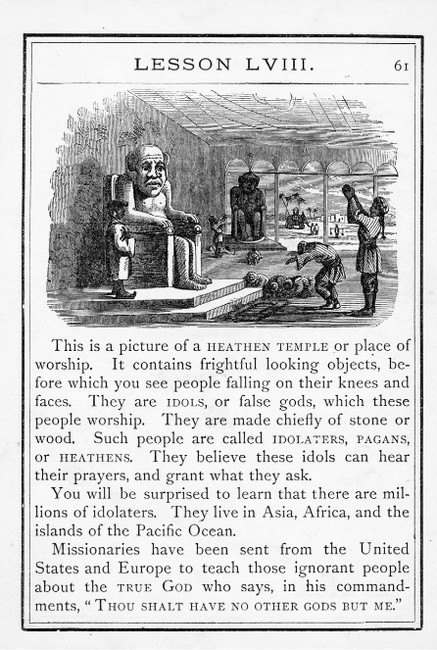 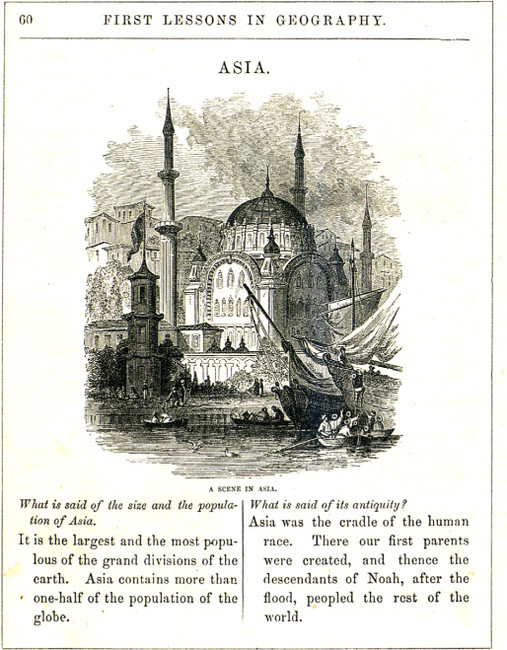