This theory-based study tests the interactive impacts of the demands of thermal climate and wealth resources on variations in privileged culture represented by mental health, personal freedom, and political democracy. Multiple regression analysis of aggregated survey data covering 106 countries shows that cultures vary from minimally privileged in poor countries with demanding climates (e.g., Azerbaijan and Belarus) to maximally privileged in rich countries with demanding climates (e.g., Canada and Finland). In between those extremes, moderate degrees of privileged culture prevail in poor and rich countries with undemanding climates (e.g., Colombia and Singapore). Rival explanations and competing predictors, including degrees of agrarianism versus capitalism, latitude and longitude, and parasitic disease burden, could not account for these findings in support of the burgeoning climato-economic theory of culture.

Effect of climatic demands on privileged culture, broken down for poor and rich countries. 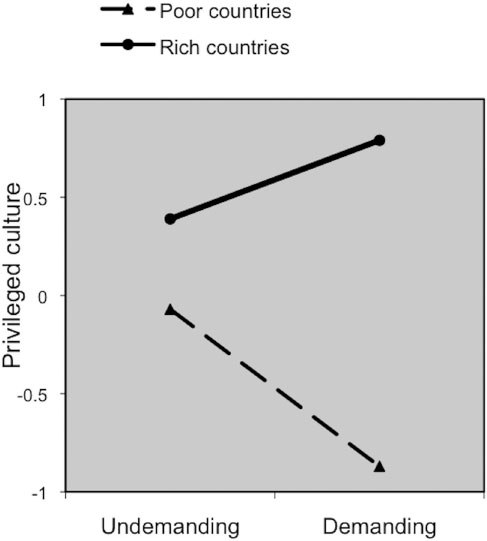 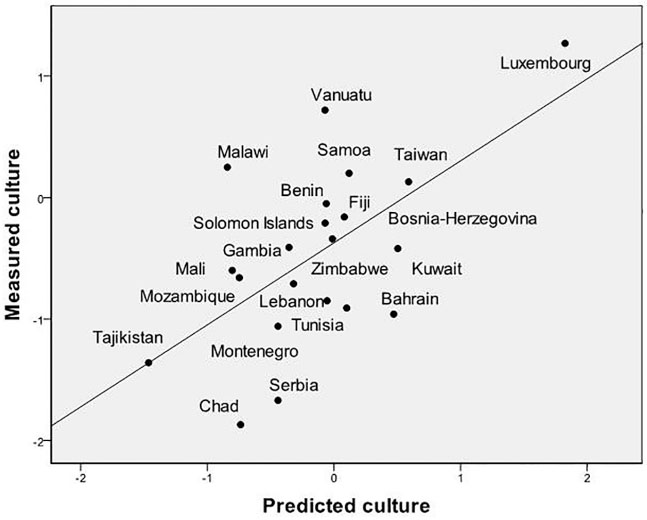