Researchers have recently suggested that historically mixed findings in studies of the Kuleshov effect (a classic film editing–related phenomenon whereby meaning is extracted from the interaction of sequential camera shots) might reflect differences in the relative sophistication of early versus modern cinema audiences. Relative to experienced audiences, first-time film viewers might be less predisposed and/or able to forge the required conceptual and perceptual links between the edited shots in order to demonstrate the effect. This article recreates the conditions that traditionally elicit this effect (whereby a neutral face comes to be perceived as expressive after being juxtaposed with independent images: a bowl of soup, a gravestone, a child playing) to directly compare “continuity” perception in first-time and more experienced film viewers. Results confirm the presence of the Kuleshov effect for experienced viewers (explicitly only in the sadness condition) but not the first-time viewers, who failed to perceive continuity between the shots.

Example of a sequence from Stephan Schwan and Sermin Ildirar (2010). First-time viewers could not construct a spatiotemporal relationship between adjacent shots (video stills by Sermin Ildirar). 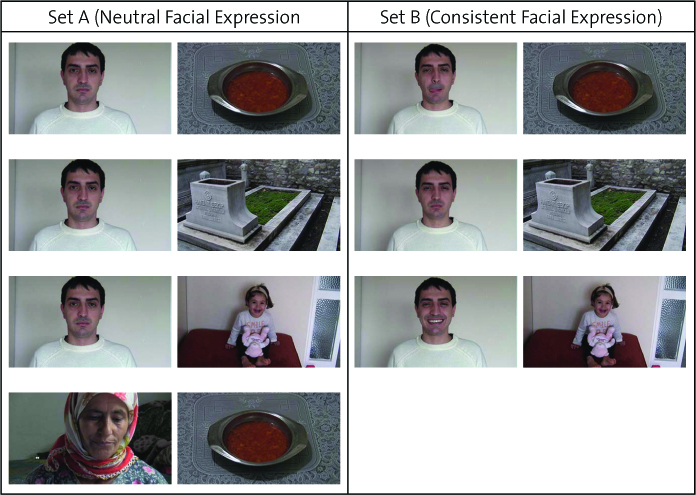 Overview of the Two-Shot Sequences

Note: Each eight-second sequence in Set A featured a face with a neutral expression, and those in Set B featured a face with an overt expression that matched the following image. Alternate versions of each sequence were created with a second actor. Set B included an additional sequence that was intended to more closely mirror the conditions in participants’ lives (old woman looking down) (image stills by Sermin Ildirar). 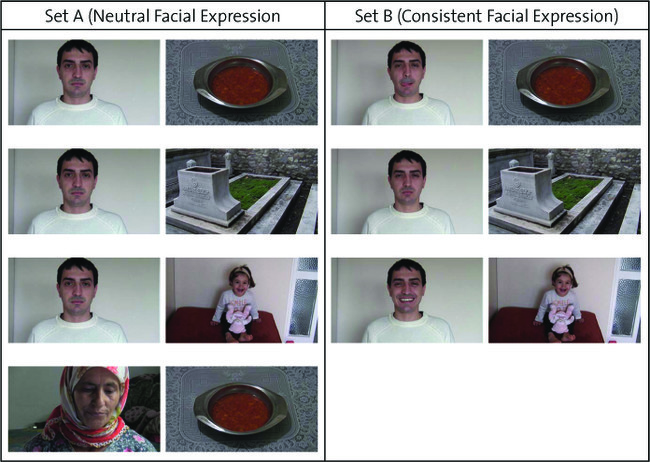