Contextualized in discussions around charisma as originally conceived by Max Weber, this article examines the case of Tsültrim Tarchin, a charismatic adept from Eastern Tibet whose everyday dress consists of a specialized garment, a white cotton robe. Earned as a mark of virtuosity in the Tantric tummo practice and worn as a sign of an ascetic lifestyle, this robe functions as a key instrument in Tsültrim Tarchin’s charismatic actions. More than a repository of power and beyond insignia that signify privilege or superiority, the religious garment I consider in this article does not merely channel the routinized charisma of the lineage. It also effectively augments the master’s personal power through the performativity of its symbolism, while its real potency lies in structuring all meanings within the master’s network of influence. 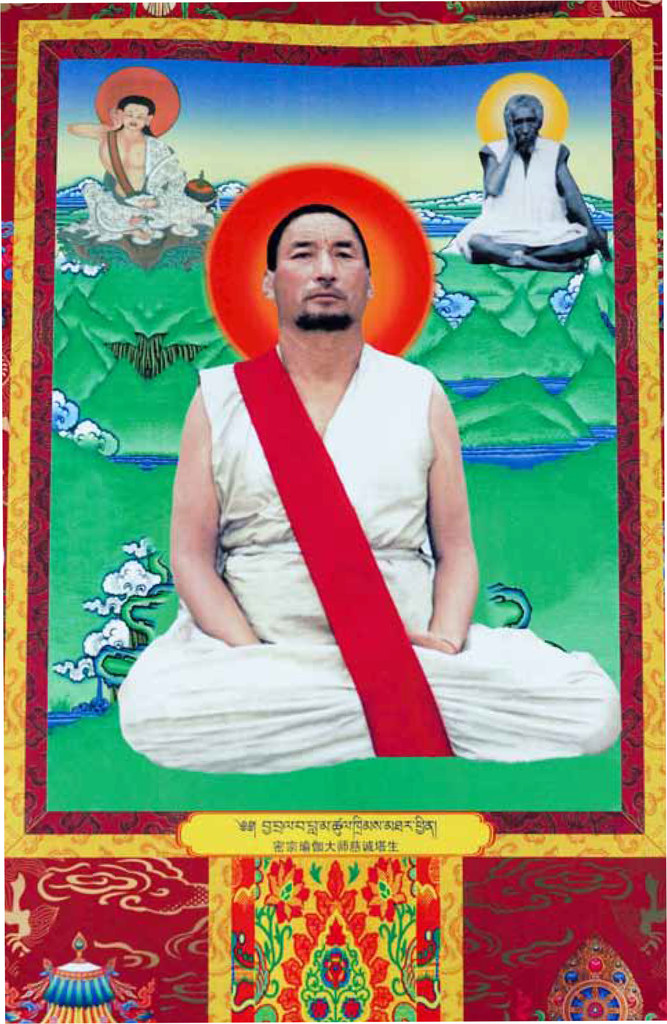 Tsültrim Tarchin in his younger years, depicted in a devotional image styled after traditional paintings 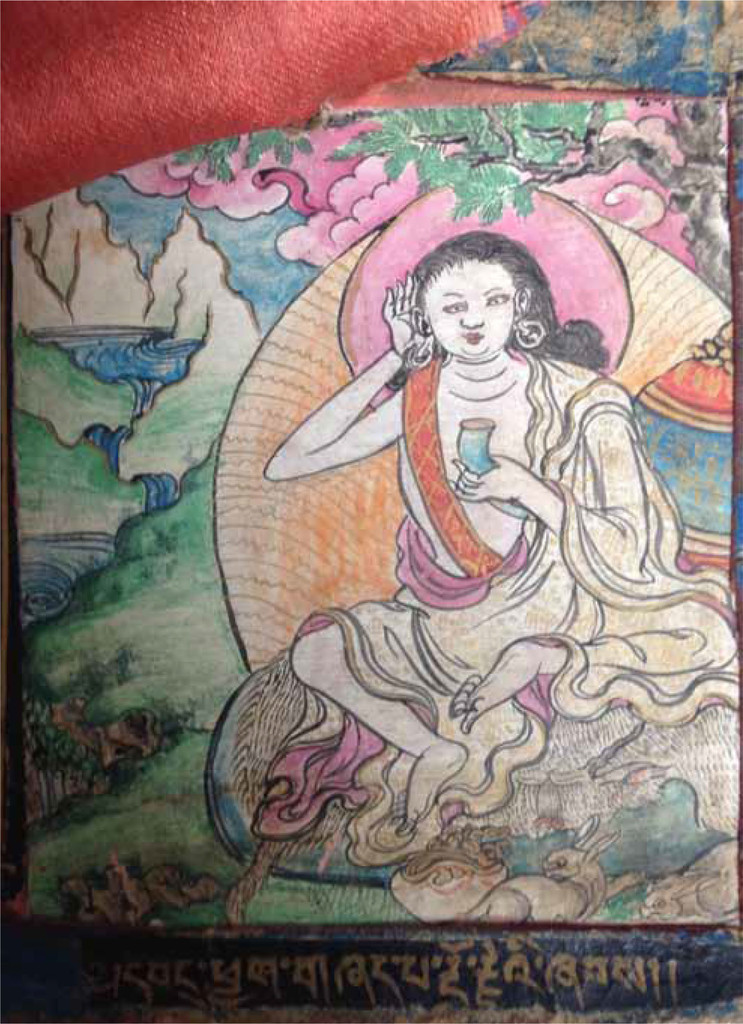 Fragment of an illuminated manuscript owned by the Department of Mongolian and Tibetan Studies, Bonn University. Photograph © Magdalena Maria Turek, 2017 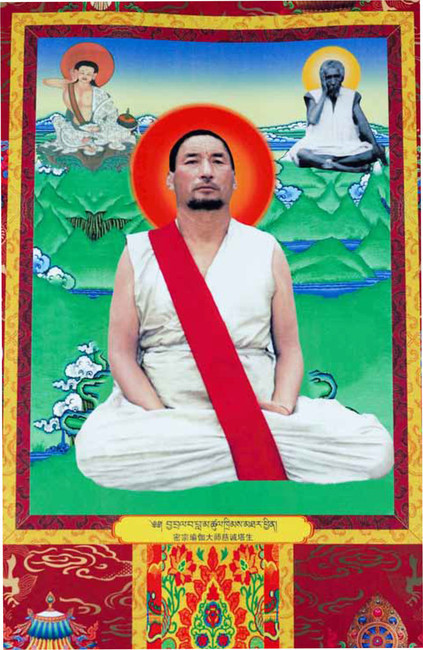 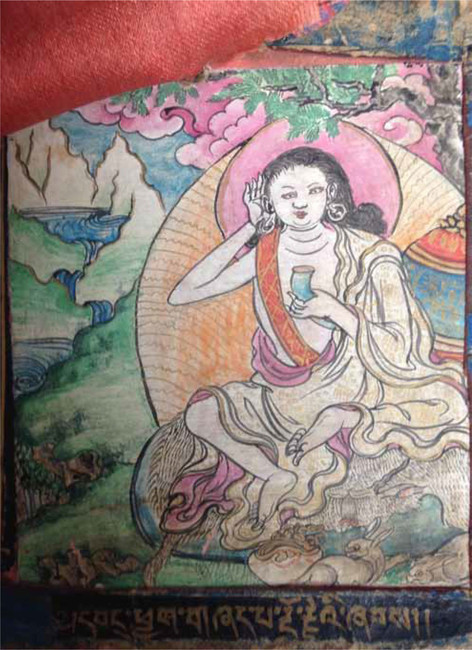