This article revisits questions of embodiment (screen and otherwise) with regard to one of the most representative first-generation hypertext fictions—Shelley Jackson’s Patchwork Girl—in order to show how this new genre’s search for identity takes the form of a programmatic inversion of the principles underlying the Romantic poetics and imagery and of a conscious identification with the forms that established views of literature exiled from its realm. The analysis follows the train of metaphorical oppositions deriving from the contrast that Patchwork Girl sets up between book and hypertext by presenting itself as a derivative of Mary Shelley’s novel embodied in a monster (re)born from discarded pieces (of prose or flesh) as opposed to the beautiful and harmonious body that is the book.

An Interdisciplinary Journal of Experience, Perception, and Display 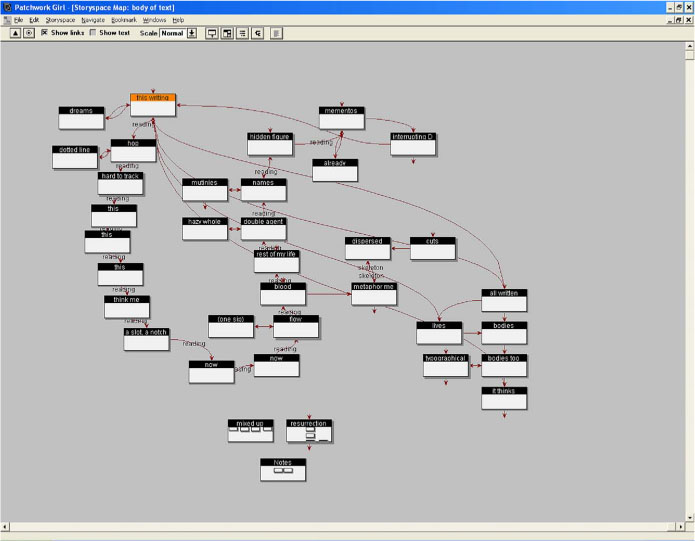 Patchwork Girl. Screenshot of the Storyspace map for the section “body of text.” 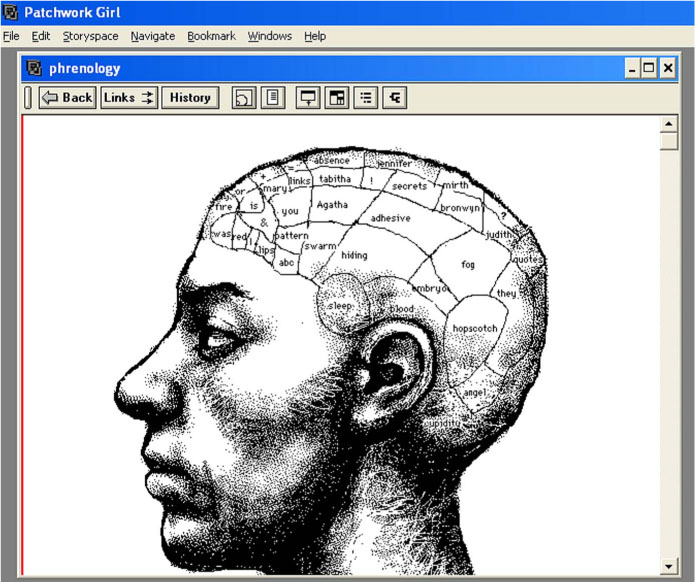 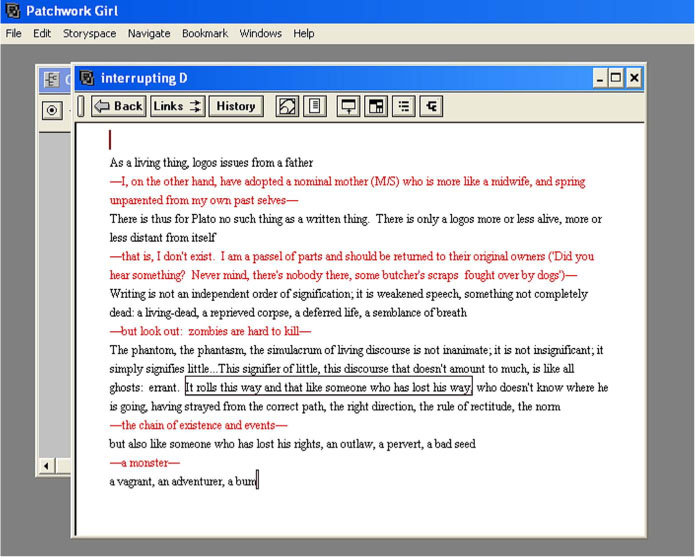 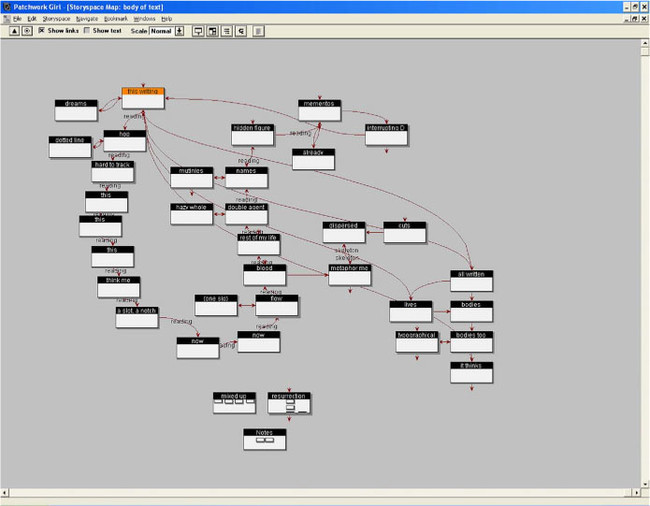 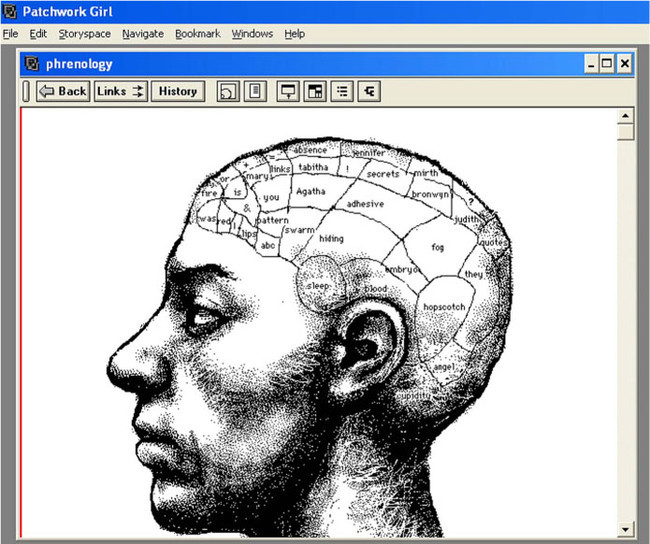 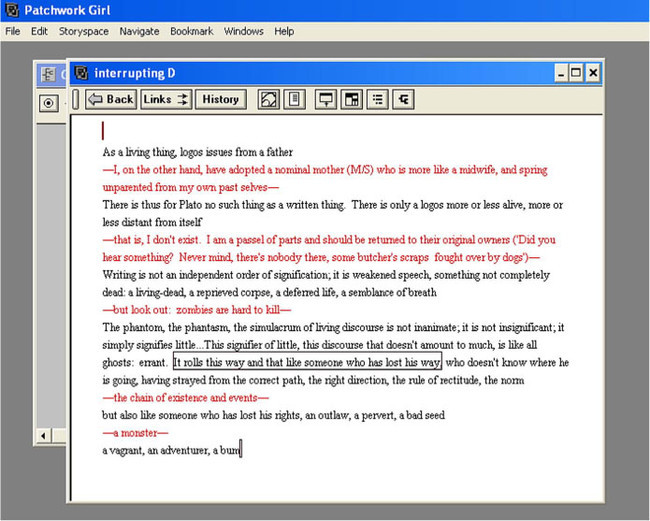