Based on extended work with Teetł’it Gwich’in, this article illuminates the importance of traveling and trails and markers in the boreal forests of northern Canada. The article discusses in detail the author’s experience with a pedagogy in traveling on the land and focuses on one particular land mark: a lobstick. Through the example of making a lobstick, this article illustrates how the land is an entanglement of relations between people, places, memories, and movement. 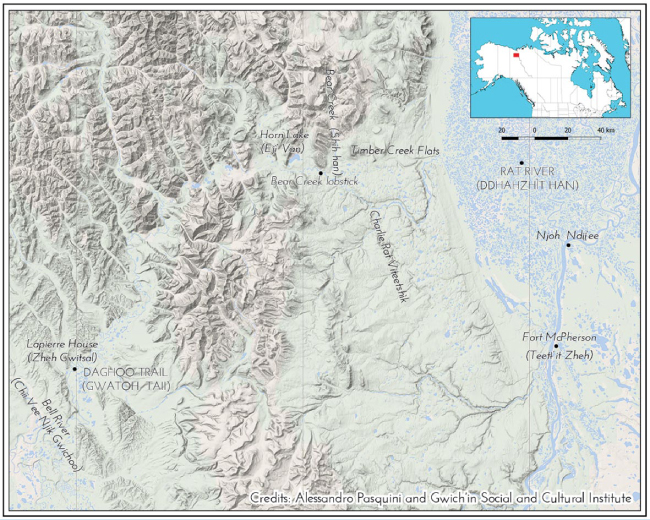 Map of Bear Creek and Surroundings 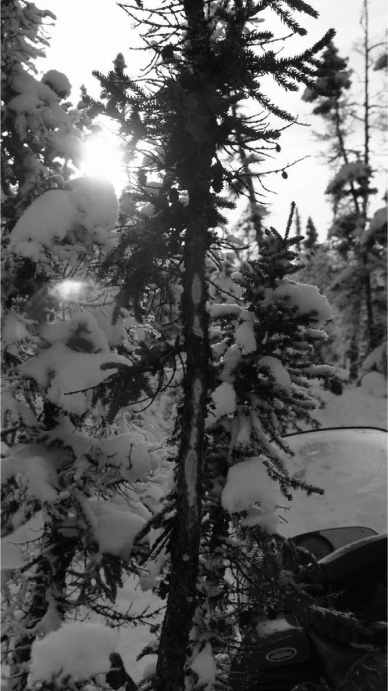 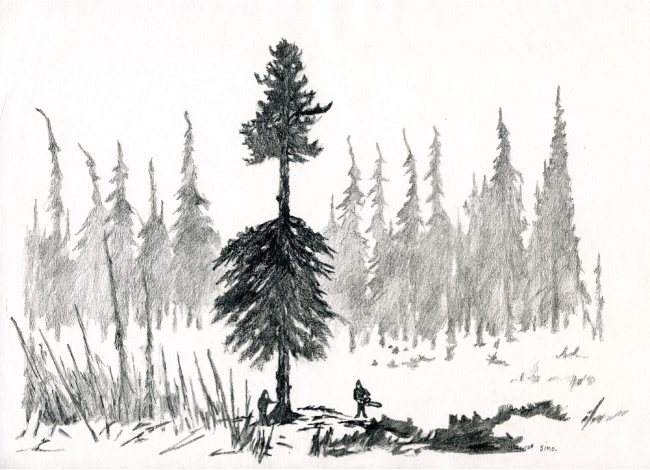 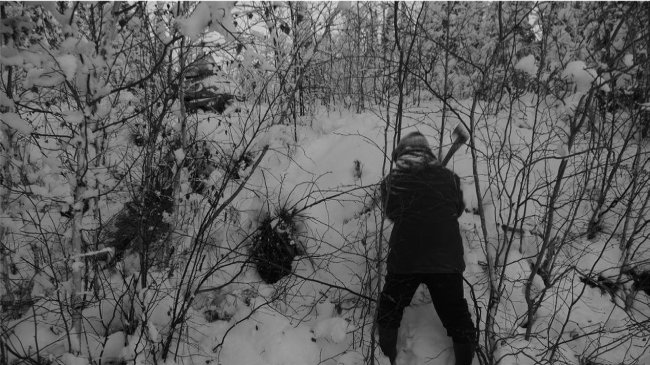 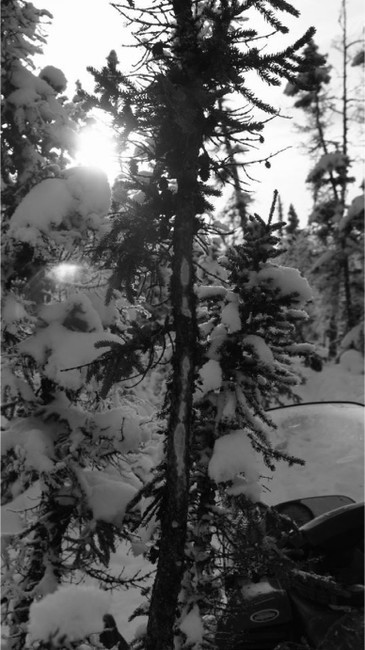