This article demonstrates how conservation-induced immobilization aff ects the movement of knowledge and practices. I employ the case study of the Baka of East Cameroon to show how spatial immobility, or forced anthropostasis, among the Baka influences the flow of some kinds of knowledge and practices. This study also off ers a critique of the view that, when hunter-gatherers settle in towns or permanent villages, their access to new knowledge and practices will be improved, thereby making their lives better. Rather, the loss of local medical knowledge, increased alcohol abuse, and an increasing destabilization of the ecological environment are the main detrimental consequences of new forms of knowledge that Baka are acquiring in villages as a result of contacts with the state, absorption into a capitalist society, and the influence of western-based nongovernmental organizations. 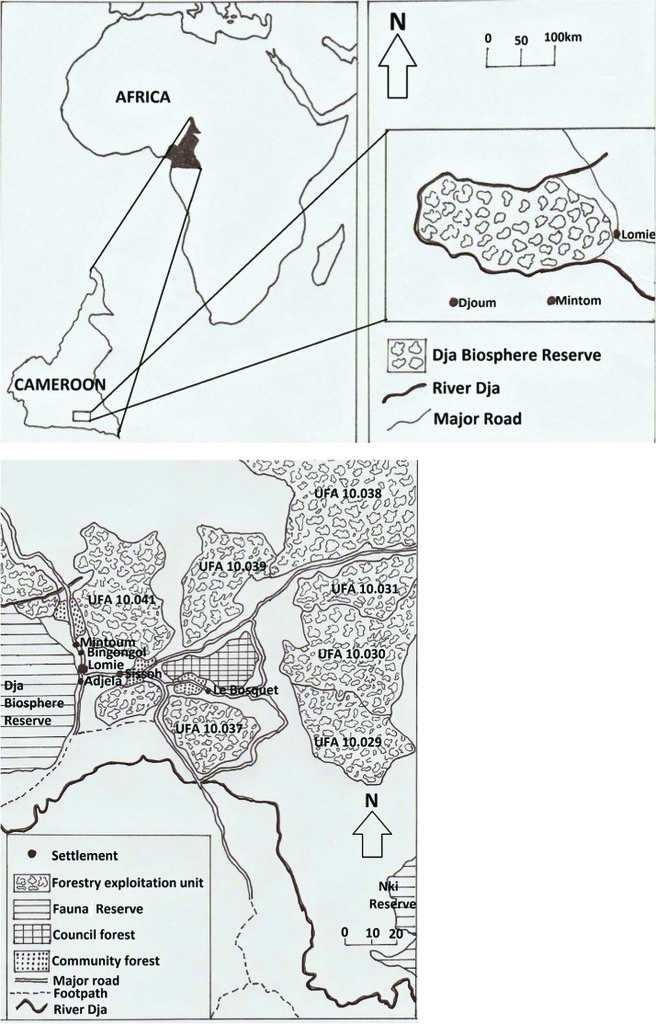 Location of the Dja Reserve area. 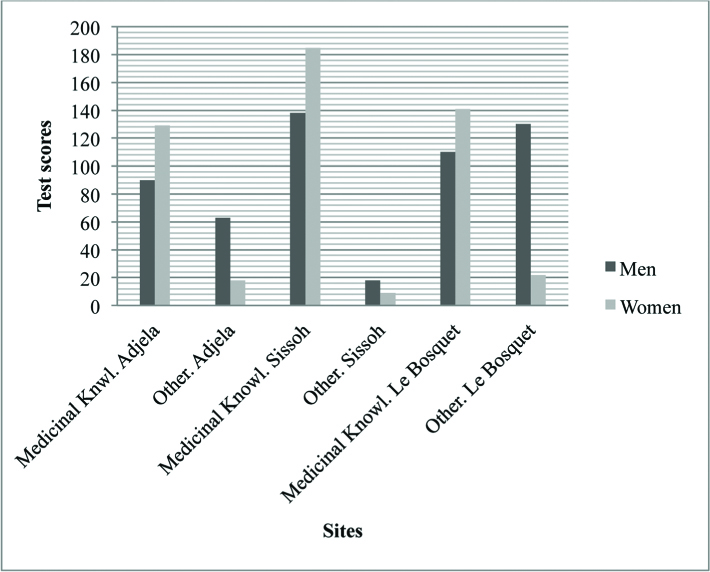 Knowledge of plants and their uses by gender and location among the Baka. 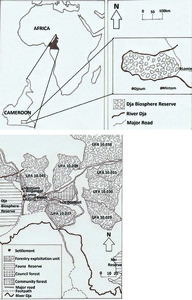 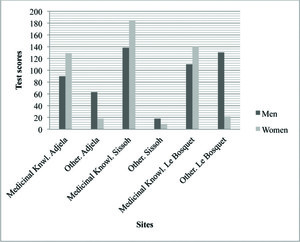