People experiencing homelessness use service centers, shelters, missions, and other voluntary organizations to access material resources and social networks. Because these service hubs have a dense array of resources, people sometimes incorporate them into their daily movements around urban space, which results in patterns or tendencies called mobility systems. Drawing on participant observation, document analysis, and spatial analytics via geographic information systems (GIS), we describe the mobility system organized around one homeless services center in Tallahassee, Florida. Moreover, we present a case study of how this homeless services center was moved away from downtown to an upgraded facility to show how city administrators manage homeless mobility systems when they are deemed unsafe for downtown redevelopment. The case supports previous studies that found punitive and supportive strategies are used together, but adds how mobility and “network capital” can be used to evaluate center relocations in the future. 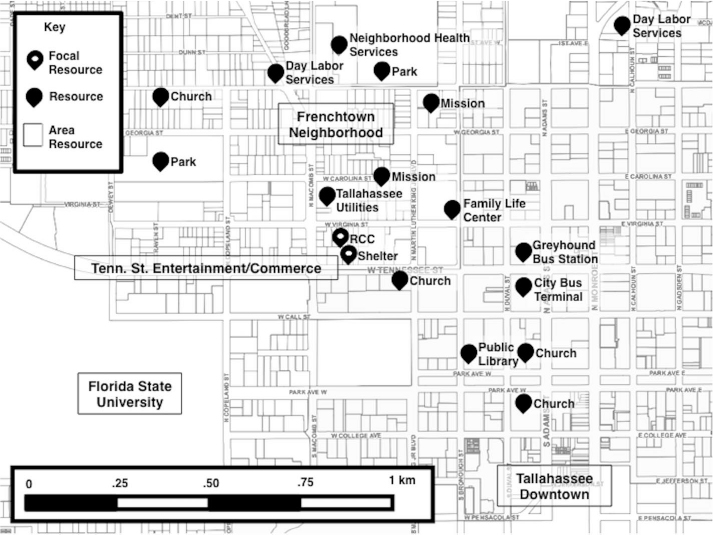 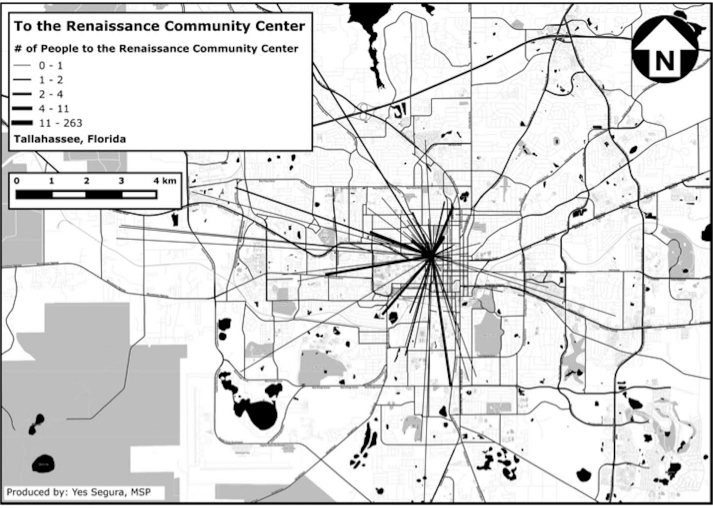 Distance traveled by clients to the RCC during one week in spring 2015 (Tallahassee, Florida) (generated by Yes Segura using ArcGIS Online). 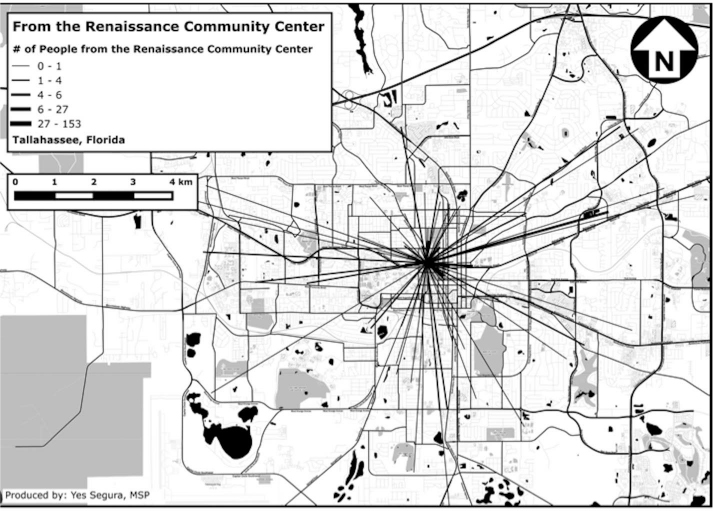 Distance traveled by clients from the RCC to their next location during one week in spring 2015 (Tallahassee, Florida) (generated by Yes Segura using ArcGIS Online). 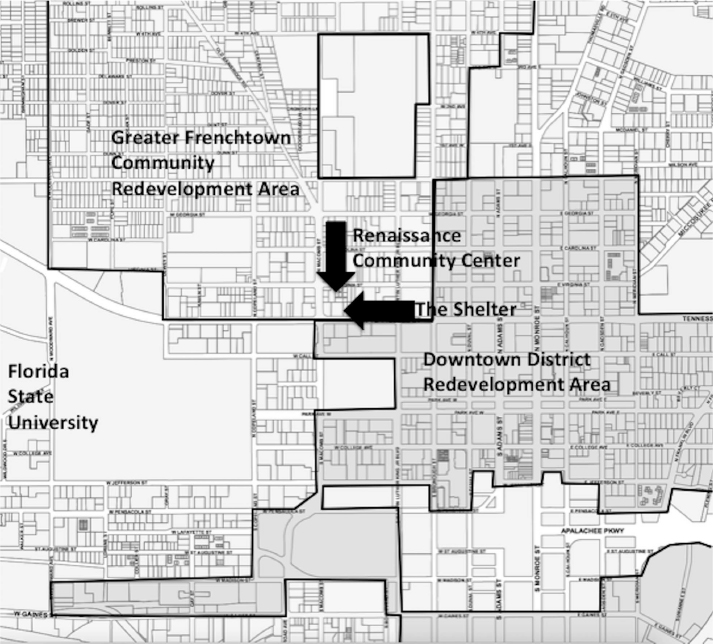 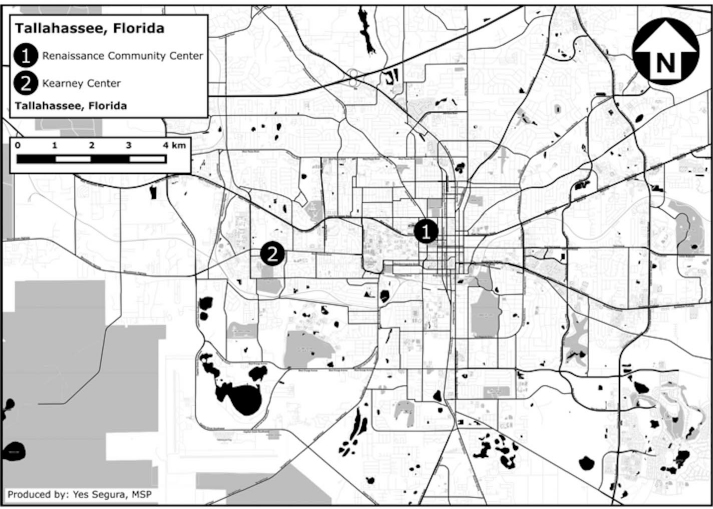 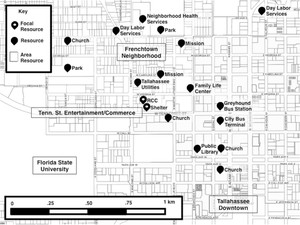 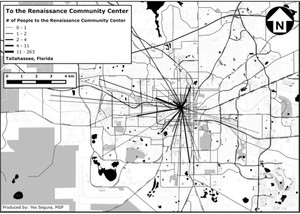 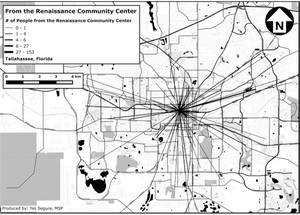 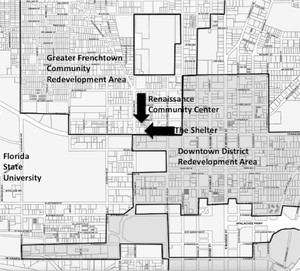 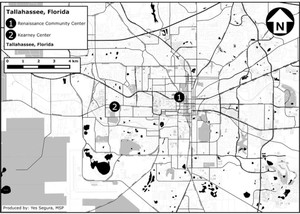